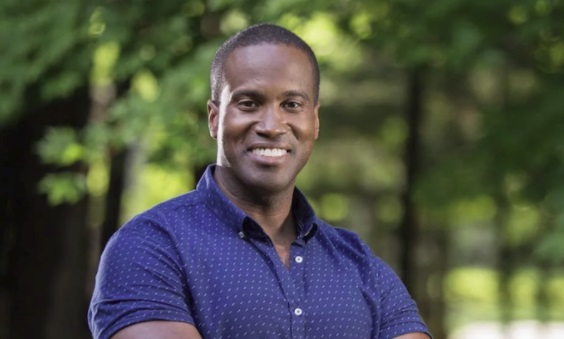 Building up a solid financial arsenal for a Senate run in Michigan, BE 100s executive John James has raised more than $1 million from U.S. supporters.

The John James for Senate campaign says the money was raised during the third and fourth quarters of 2017. The campaign claims it has donors in all 50 states. James raised about $692,0000 in the fourth quarter, increasing his year-end total receipts to just over $1M and more than $647,000 cash on hand for the upcoming election. James, president of James Group International Inc., (No. 27 on the 2017 BE 100s Industrial/Services Companies list), officially announced plans to run for the U.S. Senate in Michigan in September after contemplating the idea for about three months. James is running as a Republican. U.S. Sen. Debbie Stabenow, a Democrat, is up for re-election this year for a fourth term. The other Republican candidate in the race is Sandy Pensler, who ran for Congress in 1992 as pro-choice.

“It’s going to take an army of supporters to defeat Debbie Stabenow and with over 3,000 donors in 3 1/2 months, we are building that army,” James stated.

People across Michigan and the nation are responding to a conservative outsider who has combat experience and is a proven job creator, James claims. “Our campaign continues to hit our financial goals and we are confident we will have the resources to beat Debbie Stabenow,” James says. Tori Sachs, James’ campaign manager, says momentum is continuing to build for James’ campaign. Media company Axios just moved Michigan into a top 10 Senate race in the country, because of James. Sachs says James’s former opponent and respected former Supreme Court Chief Justice Bob Young Jr. endorsed James on Monday, Jan. 29. Young’s endorsement came after he dropped out of the Senate race. She added the Senate Conservative Fund, which lifted Tom Cotton and Joni Ernst onto the national stage, endorsed James on Tuesday, Jan. 30.

National attention on John’s momentum is generating headlines like yesterday’s Daily Caller article “Michigan Senate Race Gives GOP Hope For 2018.” According to Sachs: “Team John James is building an army that has all the names you would expect from a top-tier candidate and also people who are getting involved for the first time because they want a combat veteran and job creator in the Senate. We have teachers from Kalamazoo to Sault Ste. Marie, small business owners from Detroit to Traverse City, a pastor from Brighton, a dairy farmer from Remus and veterans from every corner of our state.”

He joined James Group International in 2012 and became its president in 2014. Before joining the Detroit-based company, James completed eight years of active duty military service as a Ranger-qualified aviation officer where he led two Apache platoons in combat operations during Operation Iraqi Freedom.

Since his arrival at James Group, its workforce has climbed notably and revenue grew by $100 million. It estimated 2016 revenues of more than $130 million.