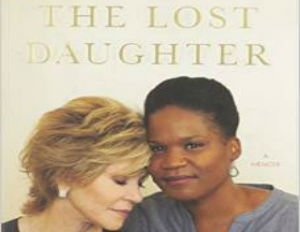 When Mary Luana Williams, nicknamed ‘Lulu,’ Â was growing up in the streets of Oakland, California, in the 1970’s, she could not imagine that one day she would call one of Hollywood’s most famous families her own.

Early life was not easy for Williams. Her family belonged to the Black Panthers, the civil rights group dedicated to stopping police brutality toward Blacks.Â  Her father, a captain within the Panthers, was given a 7-year prison sentence when Williams was just 4-years-old, leaving her mother to raise 6 children on her own.

Things did not get easier as the years went on. Williams mother battled with alcoholism, and she was the victim of a sexual assault when she was 14, and her oldest sister lived on the streets as a teenage prostitute.

One bright spot in the lives of the Williams children was that they were attending Laurel Spring’s Children’s camp near Santa Monica, California. It was run by Jane Fonda and then husband politician Tom Hayden.

Fonda, who knew about Williams challenges told BlackEnterprise.com, she immediately felt something for the young girl, “She was special.â€

Williams also found a special lady.Â  Jane Fonda, is a two time Academy Award winning actress, political activist, writer, fitness guru, and co-founder of the Women’s Media Center. Â  In addition, through her Jane Fonda Foundation, she works with Emory University School of Medicine in Atlanta which focuses on reproductive health among adolescents.

Fonda is no stranger to a challenging childhood. In addition to living under a microscope as a member of a one of Hollywood’s most famous families, on April 14, 1950, her mother committed suicide.Â  Fonda was just 12.

Fonda tells BlackEnterprise that she got as much from raising Williams as Williams got from her. Watch the full interview as this glowing mother shares the story of the love she has for her ‘little girl.’