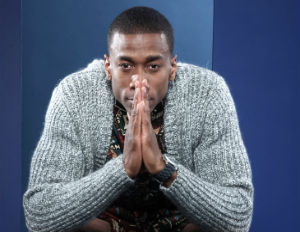 Profession: A&R Executive and Co-Founder of The 82 Group

One Word That Describes You: Loyal

New York City’s own Santos Garcia is a man determined to get the best out of those he works with as well as himself. Getting his start at the legendary house of Russell Simmons and Rick Rubin (Def Jam Records) as a marketing and street team promoter, Garcia earned his keep by showcasing his exceptional skills. Cultivating his clout with the label through hard work and effort, he was eventuallyÂ  introduced to Shaffer “Ne-Yoâ€ Smith who brought the then-early-20-something into his burgeoning label known as Compound Entertainment.

“My inspiration [to join the competitive world of the music industry] came from hearing and watching musicians like Michael Jackson, Tupac [Shakur] and Bon Jovi,â€ Garcia told BE Modern Man exclusively. “The impact that they created in the world through their music resonated with me seriously.â€ Having survived the obstacles such as convincing talent and executives of his capabilities, Garcia used his chutzpah to stand out from the rest of the pack. He’s done everything from working with artists to supervising all aspects of touring and artist development, and has become a major player in the music industry through making himself distinctive.

“Dreams definitely do come true in New York City, but not without hard work,â€ Garcia said. “Because of my hard work and determination, it caught the eye of Tishawn Gayle, COO of Compound Entertainment. He felt that I could be very useful on the Ne-Yo team.â€ He grew his name and reputation with Ne-Yo’s company and then, over the course of 10 years, went on to start his own imprint with business partner Renaldo Vines called the 82 Group. His debut artist, DKING, has had some success in the industry due to Garcia’s own deft management style.

Read the rest of this story at BE Modern Man…