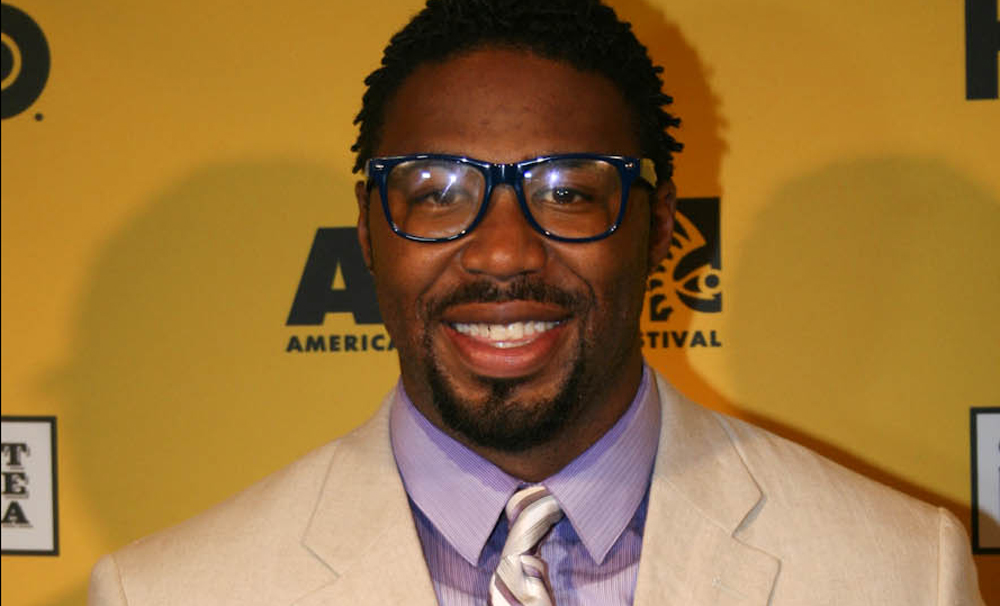 There are some assumptions that come with playing in the NFL, some of which are: you’re ridiculously athletic, somehow better than the average human being, and that you are financially secure because you live the life most of us only dream about. However, for many professional athletes, this couldn’t be farther from the truth. In his first feature film “The Last Fall” former NFL player, Matthew Cherry, revealed a side of pro-sports rarely shown in mainstream media.

His pursuit of a longstanding career in film was a humbling experience, that landed him fetching coffee as a production assistant on movie sets in LA. Although he was initially discouraged, Cherry’s hard work has provided him with the opportunity to work on shows, such as “Girlfriends”, and “The Game,” and has exposed him to industry greats, such as Debbie Allen.

“I have three achievements that I am proud of,” says Cherry. “I made it to the NFL, I honored both of my deceased parents by completing a feature film, “The Last Fall,” and we won music video of the year for Michelle Williams, Beyoncé, and Kelly Rowland’s gospel song, “Say Yes”.”

The ability to start from the bottom, when everyone sees you as a superstar, is a very challenging thing to do. When changing careers no one cares that you were a NFL player, they need to see how you perform in the job at hand.  A lack of funds, self-doubt, and a boatload of naysayers, were just a few of the hurdles that Cherry had to overcome.

“No matter how difficult the task, I am going to figure out a solution,” Cherry tells BE Modern Man. “I am very optimistic and I always bounce back after a setback,” he says.

With no formal training in film, Cherry knew that he had to educate himself in order to thrive in the industry. “I didn’t go to film school,” says Cherry. “While I’ve found success, I am currently enrolled in screenwriting and directing classes at UCLA to better my craft. You should always be looking for ways to improve, learn and educate yourself.”

Early success has not slowed Cherry’s pursuit for excellence. Working in a very difficult industry for aspiring artists, Cherry tells young filmmakers to start creating early and often. “The more work you put in, the better you get. It might be painful at first, but put in your 10,000 hours and you will see the results.”

Able to reinvent himself, Cherry is ready to continue putting his talent to work.

“I want to create in all forms of media: film, television, web, commercials, documentaries, and music videos. My major goal is to direct TV more than anything, and I will get there.”

Cherry is perfect example of a former pro-athlete who has successfully transitioned into a career that he is passionate about. “This is what a BE Modern Man is,” says Cherry. “Being a BE Modern Man means constantly innovating and being ahead of the curve. You set the standard and become an inspiration to your community by living out your dreams.”

The BE Modern Man team salutes Matthew Cherry for his ability to remain humble and start from the bottom.