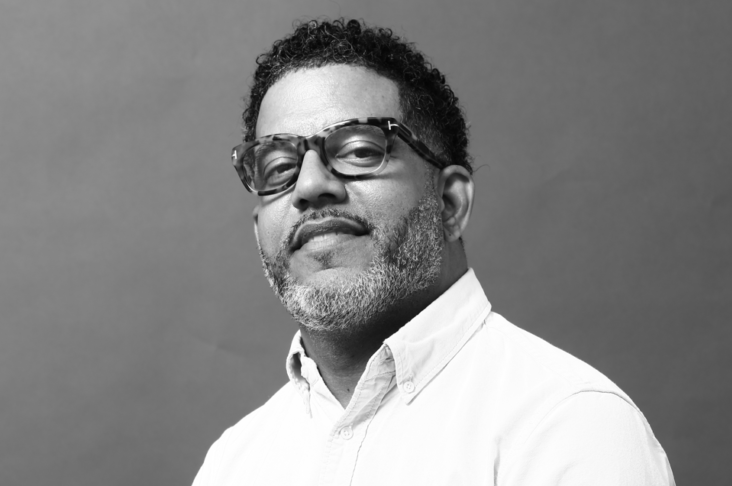 One Word That Describes You: Driven

What does being one of the BE Modern Man 100 Honorees mean to you?

Being recognized as one of BE’s Modern Man 100 Honorees means a great deal to me since it was my grandfather’s favorite magazine. Though I never knew him when I was younger, I lived with him for about six months when I first moved to New York in the mid-90s. He was a semi-retired accountant who also ran a small investment group, and I can remember flipping through stacks of Black Enterprise in his office and garage. This moment is really for him and everything he did for me in the short time I knew him.

I like to serve as an example that following your passion leads to success. Over the course of my career, I’ve mentored many younger people and have always tried to instill in them the relentless pursuit of their passion. When you’re doing something you love, you’re willing to work even harder and that enthusiasm drives success.

As I mentioned earlier, I’ve mentored many younger people over the years and many of them have been young black men. I continue to lend my time to a number of them, regularly spending time to lend any advice and help them navigate life and the industry to actively further their professional careers. Most importantly, I hire as many of the smartest and most creative as I can! This really gives me the ability to help them grow into men capable of achieving their goals and realizing their dreams.

I think launching my first magazine, Wax Poetics, without any previous knowledge of the publishing industry was certainly one of the most challenging stages of my professional career. My partners and I had no idea about distribution, paper sourcing, and printing plants. Since I had been spending so much time on the magazine, my performance at an I.T. company in the World Trade Center began to slip and I was laid off. Then only a month later 9/11 happened, and I wasn’t even sure it was worth attempting to start a magazine with war on the horizon. I had worked in Tower One on the 78th floor and had friends that were still missing, so I was pretty depressed for a few weeks. At the time, I’m living off of unemployment checks in a Flatbush, Brooklyn basement that’s doubling as my office; it was pretty rough. But one day I realized I was lucky to be alive, that the magazine had somehow saved my life. We had to publish that first issue, even if it turned out to be the first and last. Three months to the day on December 11, 2001, we threw a party to launch our first issue, and 17 years later the magazine is still around.

Honesty and integrity are qualities I immediately look for in people. If someone says they’re going to do something, I expect that they will. I need to be able to trust individuals I’m working with, and I’m quick to cut off anyone who sets off my bullsh*t meter!

I have a few big projects in the works that I can’t reveal too much about at this time, but we’ve got a deluxe edition of Guru’s Jazzmatazz celebrating its 25th anniversary we just released. We’ve got a big project with Eric B & Rakim coming this summer, and I’m excited about the opportunity to work on Motown’s 60th anniversary next year.

Throughout my childhood, my father repeatedly told me to always stay true to myself, never compromise my integrity, and always be a man of my word. My father came up in the streets of Harlem in the ’50s and ’60s so there was a clear code to how real men moved. I think that’s given me great ability to separate the real from the fake and maneuver through the various industries I’ve worked.

Only you can decide where you want to be, it has to start with you. You can’t wait around for someone to hand you the golden ticket, you have to be the golden ticket. The road ahead is never easy, it takes years of falling down and getting back up to achieve success. The reward is in the journey, it’s in the falling down and getting up that you tap into real strength and growth happens. Somewhere along the way, you realize it’s not about the trappings of success, but the personal growth as a man, father, son, brother.

I do lots of research. I try to find out as much information as I can about whatever it is we’re going to be discussing. I never like to show up to a meeting without being fully prepared, whether it be a big meeting with a potential partner or a 1:1 with one of my team. I want to be able to engage on the subject at hand in hopes of advancing the business forward.

I love traveling, but am only now really getting a chance to take the time. I like to do a mix of aggressively seeing the sights and experiencing the culture, while also allowing myself time to really kick back and relax. We recently spent some time in Palm Springs and took a day to explore Joshua Tree National Forest. Climbing on rock formations dating back billions of years with my family was a humbling experience. It’s important for me that my sons are able to experience these moments at such a young age, something I wasn’t fortunate enough to have as a kid.

I’m looking forward to traveling more in the coming years, and the one place I really want to visit is the Great Pyramid of Giza. I’ve always been fascinated by ancient history, and after hearing the stories my grandfather came back with on his boat ride down the Nile, I knew I had to experience it myself one day.

I want to thank Black Enterprise for this opportunity. It’s truly an honor and I know my grandfather is looking down smiling right now.