BE Modern Man: Meet "The Strategist" Chris Findley - Page 2 of 2 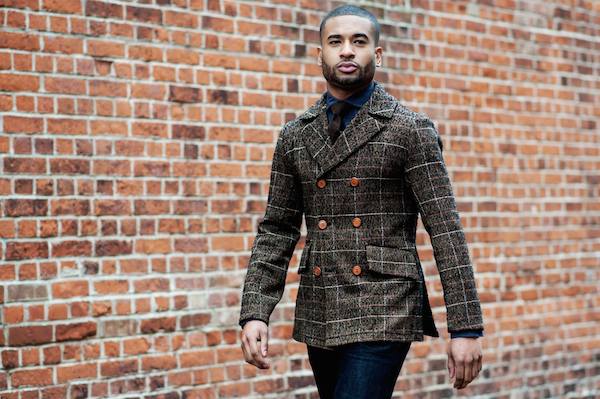 By always looking for the best in people of all walks of life, Findley utilizes his own gifts to bring out the positive side in peers. It is the reason why the 24-year-old lifestyle brand strategist believes that education is a person’s invitation to achieving success. “[Education is] one of the greatest things ever,” he says. “It’s always important to be a student of your craft because the world is always evolving, and if you don’t adapt then you become a dinosaur.” While others might not have been able to go to an Ivy League school or  an HBCU, according to Findley, “It’s important to set new goals and look to become a greater you day-by-day. Those who are the best at their craft always learn through study and execution, ways to add value to their life and culture.”

“There are actually tons of men who represent our culture very well,” Chris says, “We don’t need popular culture to celebrate us. It is our job to uplift the culture and control the celebration. I know lots of dentists, doctors, and lawyers who are doing amazing things for the youth and in our communities. With more love comes more inspiration, which inspires change whether it’s publicly shown in the media or not.”

As a man with strong character and pride for his community, Findley sees his own impact as one that lives in the spirits of our ancestors and greats. “I always respected the likes of Martin Luther King Jr., Malcolm X, President Barack Obama, Sean “Diddy” Combs, and Jay Z,” he admits. “I wanted to move in life with a positive light, so one day with God’s grace, I can follow in their footsteps and add value to our community.” Citing Think and Grow Rich by Napoleon Hill as one of his favorite books, Findley believes in serving us his best self in an attempt to give his own peers something to aspire to.

For all the work that Findley does in our neighborhoods and with the young, he believes that we must double-down on our awareness of self to help defeat the negativity that comes on the nightly news. “We have to be focused on uplifting our brothers and sisters,” he says. “We must inspire the next generation to be better. We can fly if we truly want to, someone just has to invent those shoes. I believe that our community will make a change for the better—it just takes time, work, and consistency.”

Such commitment and show of dedication to the black community is just one reason out of many why we’ve chosen Chris Findley as a BE Modern Man. To him the distinction is just as welcome, as he told us, “I am honored by the fact that I am even featured. I think things like this give us a chance to share our voice. It’s my hope that we can share this positive message with young men and women that are coming up, so they can be inspired to make a change and build up a better community.”

Through his strength, resiliency, fortitude, and sheer will to be an advocate for persons of color, Chris Findley shows us that our norm is extraordinary. For that, we at Black Enterprise salute you, Chris Findley. Your mission of instituting new ideas and communicating to those who have yet to come not only frames us in an enthusiastic light, but proves that the millennial generation are critical thinkers, and that’s meant to be celebrated and appreciated.