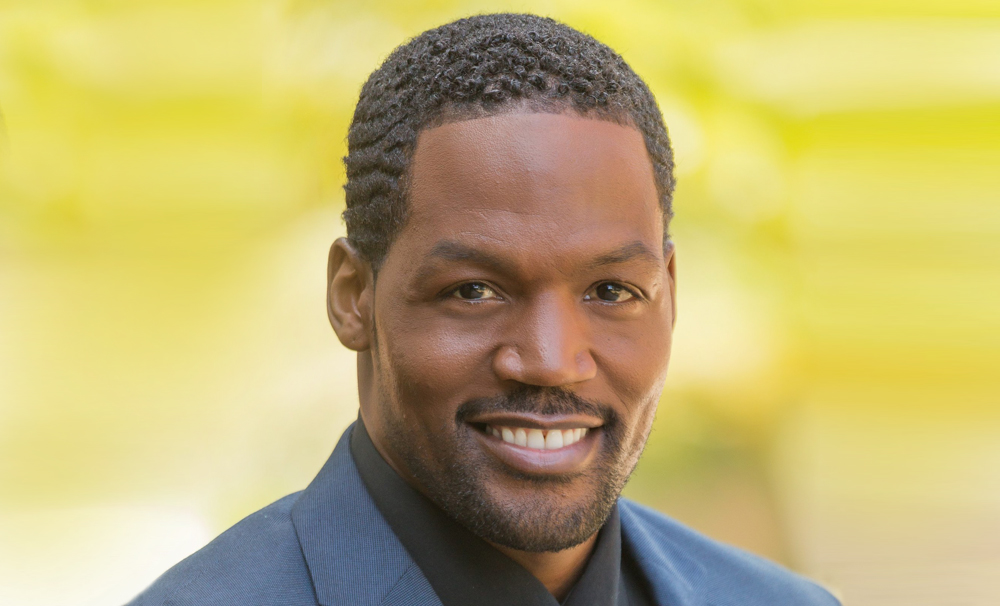 One Word That Describes You: Disciple

Former professional football player, T.C. Stallings, began performing at a young age; not only on the football field, but also in church and school plays. As his athletic ability took off, he gave up the arts to pursue his football dream. After stunning athletic accomplishments in high school (Bedford High/Ohio) and college (University of Louisville/KY), Stallings went on to play professionally in the Arena, Europe, and Canadian leagues. But the desire to perform artistically never left him. Following his success in athletics, Stallings’ focus shifted to a career in film and television. He relocated to Los Angeles and landed roles in three films and added modeling to his resume, most notably with Russell Athletics.  Stallings — licensed in ministry — also travels throughout the country as a speaker and Christian minister and stars in the upcoming TriStar Pictures film titled War Room, releasing in theaters on August 28, 2015.

On and off the camera, Stallings’ faith and spirituality is firmly planted in everything he does. “From my marriage to my parenting and perspective on life, learning to stay behind my faith, and let God’s words guide me, has improved my decision making,” Stallings tells BE Modern Man. For Stallings, there is no greater achievement than his faith. “My relationship with God has allowed me to unlock my purpose in life, and there is no better feeling than waking up each day knowing exactly what I was put here to do.”

Traveling the country as a sports-ministry director, Stallings is able to reach a number of youth, and guide them on their path. “The advice I offer to the younger generation is to step into their purpose for living, and begin to passionately pursue it while avoiding those things that will hold them back.”

In our younger years we will make some of the most significant, life-altering, decisions and career, marriage, and financial decisions are all a part of the maturing process. Stallings tells BE Modern Man that “the key is to remain steadfast in your beliefs and value system when making these tough decisions.”

A successful football career, and a burgeoning acting career, did not come without its set of trials and tribulations. During a 10-year stretch of time, Stallings says he felt that God was refining him into a man. After struggling with giving up pro-football, he learned that marriage and family were more important than friends and fun, and felt a calling to join the ministry. “I tried to run from all of this, and in doing so, I experienced marital friction, low income, stress, anxiety, and confusion about my purpose,” says Stallings.

Stepping into his purpose has been a blessing for him and those around him. “BE Modern Man gives the world a look at what isn’t highlighted enough—men striving to do things right. Men who truly care about being the best that they can be are out there. I commend the BE Modern Man team for exposing these men to the world.”

The BE Modern Man team commends T.C. Stallings for acknowledging and following his calling.  We thank you for your service.