'Be My Slave' Photo Shoot Has Designer Under Fire 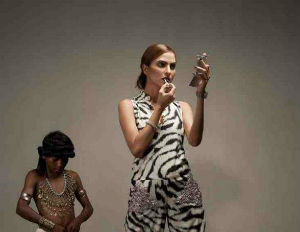 Pakistani designer Aamna Aqeel has been criticized for her ‘Be My Slave’ fashion shoot that shows a model being pampered by a dark-skinned child slave, the Daily Mail reports.

The shoot appeared in DIVA, a Pakistani fashion and lifestyle magazine; and they were also posted on the designer’s Facebook page on April 24.

Critics have condemned the scenes as racist and have called on the designer to apologize.