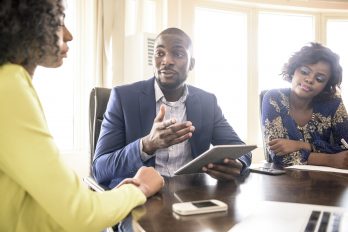 Crowdfunding is a viable alternative to the traditional route used to raise capital to start a business, launch a product, or fund a project. There are success stories of entrepreneurs raising thousands, even millions of dollars using crowdfunding. Named after Martin Luther King Jr., the King Chapel on the campus of Morehouse College raised more thanÂ $5 million from 282 backers on Indiegogo to help restore the building.

That’s not to say crowdfunding is easy. Some studies show the average campaign raises just around $2,000 and many never reach their target. Reportedly, for every one successful Kickstarter campaign, two fail to reach their funding goal, while 9 out of 10 Indiegogo campaigns fall short.

As you learned throughout parts 2, and 3 of this #BE30DayChallenge, the key to asking for money from the masses–mostly individuals in your networks–is to tell a really good, compelling story. Also, as part 1 pointed out it’s all in the strategic advance planning. Finally, you need to stay on top of your campaign once it goes live.

Create a draft of your campaign and submit it least at two weeks prior to your launch. Indiegogo provides you with examples to follow within your draft. Sites like Kickstarter use their own guidelines to accept or deny a campaign. The approval process may require you to make some changes to your campaign.

Ask friends and family to donate to your campaign during the first week of your launch. It is recommended that you have 30% of your funding goal guaranteed for the first couple of days of your launch. Remember to get your top three backers to make donations on Day 1, mid-campaign, and toward the final stretch to help drive momentum.

Promote the launch on your social networks to excite your following. Reach out to media outlets to get your campaign noticed once you have 30% of that funding goal locked down. Look at crowdfunding campaigns similar to yours and see what blogs, websites, and other outlets have covered them to determine where to send your press release.

Work on your campaign regularly. Create a timeline for a gradual release of updates including new product features or partnerships. This will get current backers more excited about and convince new ones to invest.

Make sure you have a dedicated person to manage and cultivate your campaign throughout the week–if not daily–once it goes live.Â  This means answering questions, replying to comments, posting updates, and adding additional content. What’s more, backers appreciate transparency.

InDemand lets anyone back you after your crowdfunding campaign is over, even if you used another platform like Kickstarter. InDemand makes it easy for successful campaigners to continue raising money and build their community for as long as they’d like. In doing so, you can update perks or implement a referral contest to reach even larger audiences.