Beats Music Will Not Shut Down 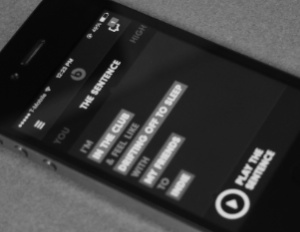 Apple's been the king of the hill in terms of music distribution, but companies like Spotify and Google Music are chipping away at the company's dominance.

Beats Music is here to stay, at least for now.

In a statement to Recode, Apple PR representative Tom Neumayr said the rumors of Beats Music shutting down are “not true.â€

But that doesn’t mean that Beats is safe from any alterations. After all, Apple did buy it, and it doesn’t exactly push brands that are not “Apple.â€

So if Apple is only modifying Beats Music rather than completely winding it down, what could happen to the service? It could be rebranded or folded into iTunes and iTunes Radio, Apple’s own music streaming service. Beats originally began as a rebrand of the MOG music service that was purchased in 2012 and shut down in May of this year.

Beats was purchased by Apple for $3 billion earlier this year. The deal brought both Beats Music as well as Beats Electronics, known for its popular headphones, into Apple. At the same time, hip-hop mogul Dr. Dre and Interscope Records co-founder Jimmy Iovine were both hired by Apple to continue their work on Beats.

On a recent episode of Charlie Rose, Apple CEO Tim Cook discussed why the company decided to purchase Beats, and said Beats Music made him “feel completely differentâ€ when compared to other streaming services.