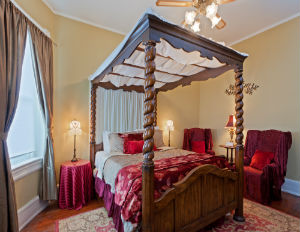 As the summer continues across the U.S. and millions of people plan vacations and getaways from their daily grind, an increasing number of Americans are opting to spend time at a bed and breakfast as opposed to conventional and mainstream hotels.

B&B’s offer the same amenities as hotels but are a lot more intimate. It’s the intimacy they provide that attracts guests and clients, usually vacationers and travelers looking for a romantic getaway, some downtime or just to unplug from work.

And after years of struggling to recover from the devastating financial impacts to the hospitality industry after 9/11 and then the great recession and economic downturn that followed a few short years, business in this niche segment of the travel industry is finally starting to boom.

But there is a dark side to this story of continued recovery. The B&B industry is vastly underrepresented by owners of color.

BlackEnterprise.com reached out to owners of some of the top black-owned bed and breakfasts in the country to see if they could put a finger on the pulse of the problem and to comment on the state of the industry.

According to Greenwood, blacks “kind of pioneered the idea of bed and breakfast.” She said, “When we were unable to stay in hotels during segregation, we often times would let our friends and family know about people who may live in some of the cities we were traveling to and we would stay in their homes. They would always give us a meal in the mornings before we set out on the road. In my mind that is the original bed and breakfast concept.”

Read more on the next page …