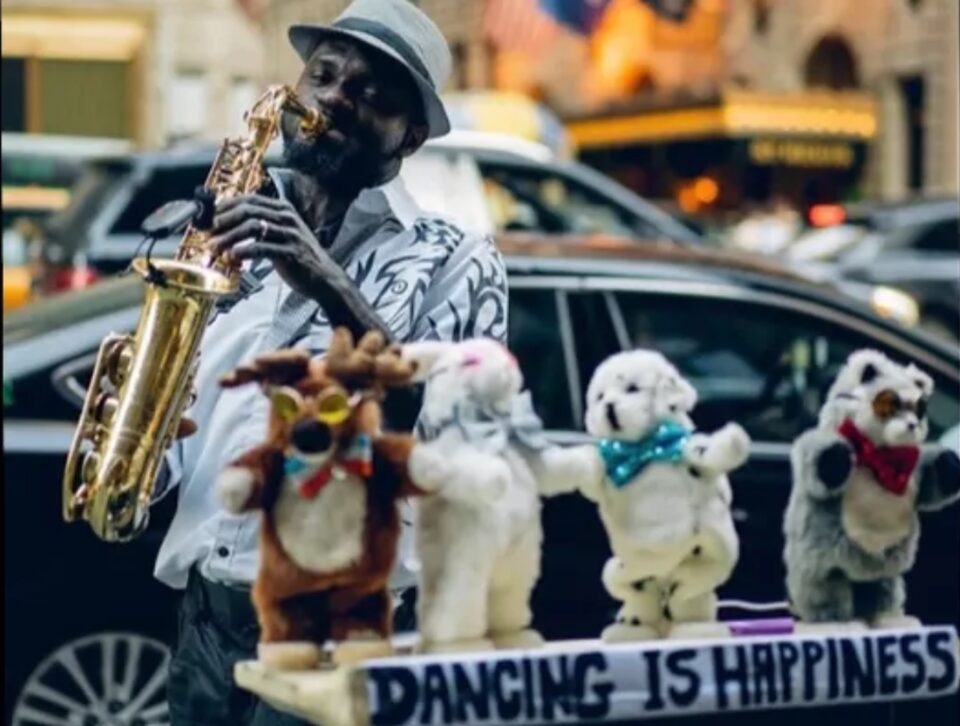 A saxophonist who has been spreading joy with his music for years on a New York City subway platform was aggressively arrested by six cops on June 23, in a video that has spread on social media. Since then, the struggling street musician has garnered over $116,000 and counting on his GoFundMe.

John Ajilo, aka Jazz Ajilo, was taken into custody while stationed at his usual spot at 34th Street–Herald Square for “multiple complaints” pointing to him “impeding pedestrian flow and utilizing a sound reproduction device,” according to police.

In an Instagram post by Ajilo recounting the arrest, he said, “I was shut down handcuffed and taken to the Police station for performing in the same spot 34th Herald Square, I had been performing on and off for about five years. The police always see me there every time and they also cheers me on.”

Known as the “Dancing is Happiness” musician, he also posted a video of the arrest, pleading with the officers, “I’m not doing anything wrong!” before they all swarmed him.

The next jarring seconds of the video show Ajilo resisting the arrest, visibly scared for his life as six officers wrestled his saxophone away and attempted to twist his arms to handcuff him.

“Officer, why you arresting me? Why? What did I do wrong?” he yelled. “Please help me! Help me, someone. Someone, help me!”

According to the Subway Performance Rules, the MTA allows “artistic performances” as long as they don’t violate guidelines such as blocking the “movement of passengers,” which none can be seen in the video.

A spokesperson for police claimed Ajilo “was given multiple warnings to leave the location in which no enforcement action would be taken.”

Ajilo was issued four tickets in addition to spending the night in a jail cell.

“My wrist is injured from the tight handcuffs, Am emotionally depressed, and my body hurts. My saxophone was damaged, our dancers were incomplete and broken too after they were released to me,” he wrote on his GoFundMe.

The subway performer is grateful for all his supporters being able to donate such a large sum of money, all going to lost income, replacing his damaged equipment, and court and lawyer fees.

New York Mayor Eric Adams responded to the backlash of the arrest: “[The subway] is not the place for disorder… I’m proud of those officers. They weren’t abusive, they didn’t yell at the person. They took a long time to get to the point that now we have to take action.”