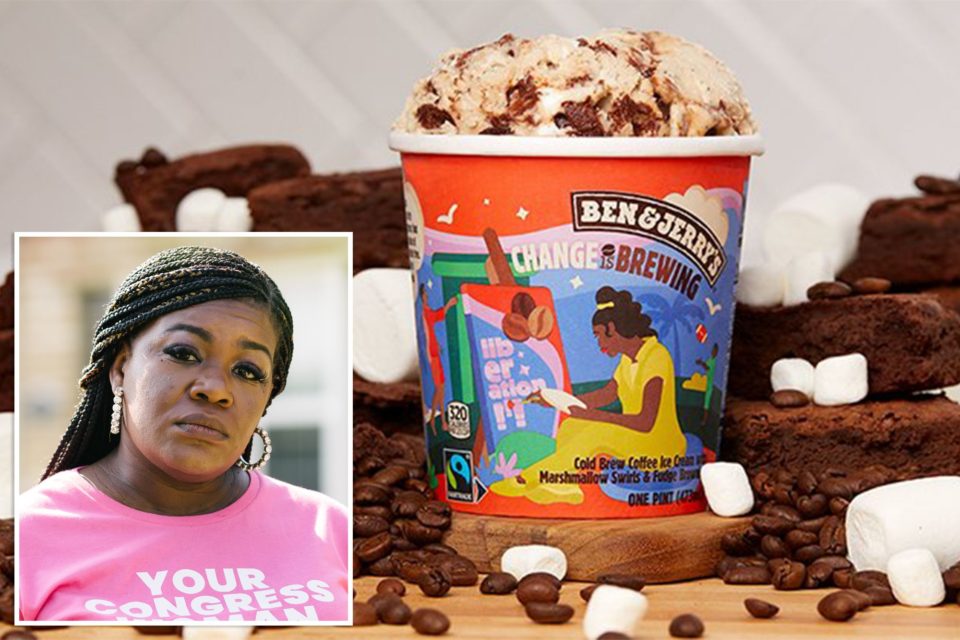 On Monday, Ben & Jerry’s announced its latest social justice flavor, Change Is Brewing, which also happens to be a partnership with Black-owned coffee retailer Blk & Bold.

According to Today, this latest limited-batch release marks the company’s support for the People’s Response Act, proposed by Rep. Cori Bush over the summer.

Introduced in late June, the People’s Response Act calls for $10 billion to be allocated toward a federal first responders unit for emergency situations where substance use or mental health crises might be at play, rather than calling in law enforcement, NPR reports.

“The flavor supports the vision of the world in which every community is safe and everyone, including Black and brown people, can thrive,” the company’s U.S. activism manager Jabari Paul said in a news conference. He added that this latest release not only serves as Ben & Jerry’s declaration of support for Rep. Bush’s bill but also continues the brand’s commitment to advancing racial justice.

The new flavor is the latest in Ben & Jerry’s ongoing tradition of drawing attention to social causes through not just a catchy name and topical product packaging but also by actively sharing information about those causes through their website and social media platforms.

The Vermont-based company launched its first such campaign in 2018 with “Pecan Resist,” an opposition strategy targeting Donald Trump‘s re-election.

In December, the company partnered with Colin Kaepernick to release “Change The Whirled,” with proceeds benefiting Kap’s Know Your Right’s Camp. Earlier this year, Ben & Jerry’s made headlines when they released a statement decrying police violence and calling for an end to systemic racism.

Blk & Bold is no stranger to social justice either. Since it launched three years ago, the company has donated 5% of its proceeds to support disadvantaged youth across the country.