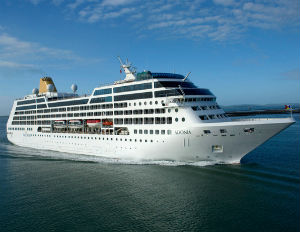 If you’re ready to trade in your winter coat and scarf for a pair of shorts, sunglasses, and flip-flops, there are several world-class cruises departing from ports throughout the United States. From zip-lining and dazzling live performances at an aqua theater to indulging in French cuisine, seafood, and complimentary cocktails, check out the 2016 list of Best Winter Cruises compiled by Fodors.com.

Allure of the Seas is the world’s biggest cruise ship. With the capacity for up to 6,296 passengers, it includes seven distinct “neighborhoods.â€ Families can enjoy this pristine ship for its world-class amenities including two FlowRider surf simulators, a zip line, an ice-skating rink, a carousel, and more. Entertainment is second to none onboard Allure, with dazzling water shows in the Aquatheater and performances of the just-added ABBA musical Mamma Mia!

Le Ponant provides a more intimate experience at sea. This luxury yacht welcomes only 60 guests on each sailing and is known for its decadent French service. When it comes to cuisine, the ship brings the best of French cuisine to the seas with its two onboard restaurants serving multi-course meals with complimentary wine.

On the Norwegian Escape, guest can expect a party scene. Beyond the dance floor your experience includes Jimmy Buffett’s Margaritaville at Sea, serving up dozens of flavored margaritas; The District Brew House, with a variety of craft beers; and Tobacco Road, Miami’s oldest bar, recreated at sea. Music fans, too, will rejoice as Broadway favorites After Midnight and Million Dollar Quartet keep the ship rocking.

Regal Princess is Princess Cruise Lines’ latest ship to join the ranks of ships sailing the Caribbean this winter. It features the largest atrium in Princess’s fleet, a pool deck WaterColor Fantasy experience, an interactive sound and light show that dazzles the senses. While onboard, guest can also enjoy gelato, a seafood bar, and live performances.