Robert Johnson said the US government should provide reparations.

“Now is the time to go big” to keep America from dividing into two separate and unequal societies, Johnson said on “Squawk Box.

Johnson, 74, became the first black billionaire in 2001 when he sold BET to Viacom. Soon after, he started the investment firm, The RLJ Cos. Johnson called reparations the “affirmative action program of all time,” saying it would signal that white Americans acknowledge “damages that are owed” for the unequal playing field created by slavery.

“Damages is a normal factor in a capitalist society for when you have been deprived for certain rights,” Johnson said. “If this money goes into pockets like the [coronavirus] stimulus checks … that money is going to return back to the economy.”

Later on the show,  Merck Chairman and CEO Ken Frazier, who is black, expressed doubts about whether reparations would be possible.

“We as business leaders can step up and solve many of these economic problems for people,” Frazier added, saying that education, particularly financial literacy, is the “great equalizer.” 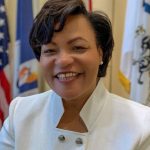 Exclusive: New Orleans Mayor LaToya Cantrell Has Plans to Restore and Uplift the Community Amid COVID-19 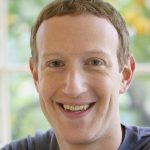