Bethune-Cookman Needs to Get Out of This Deal Now 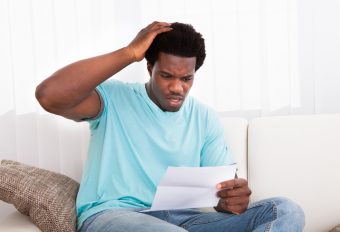 I have written so much about the legal sham of for-profit colleges that I sometimes think there isn’t much more to say. But I’m distressed and infuriated to learn that yes, impossibly, there is more.

In yesterday’s New York Times, the article I’ve excerpted below reports that a historically black college, Bethune-Cookman University, has affiliated itself with a for-profit law school (what an oxymoron), Arizona Summit, formerly known as the Phoenix School of Law. “A joint scholarship program will send Bethune-Cookman students and students from other historically black colleges to the law school,â€ the Times reports.

This is a bad deal for Bethune-Cookman students that want to attend a legitimate law school, and Bethune-Cookman needs to get out of it immediately if at all possible. But for Arizona Summit, it’s a great deal. They no longer have to hunt for their prey.

‘Destroyed for a Lack of Knowledge’

Knowledge is power, but ignorance can destroy you. Unfortunately, for students that would sign up for this deal, destruction–in the form of onerous debt, a degree that holds little value in the marketplace, and a decreased chance of passing the bar–awaits them.

First-generation students at Bethune-Cookman who’ve had little experience may not understand that for-profits are almost always a disastrous choice, but what can possibly be the excuse for the university’s leadership?

Here’s the excerpt. Read it and weep.

This month, Bethune-Cookman, a historically black university in Daytona Beach, Fla.,Â announcedÂ an “affiliationâ€ deal with Arizona Summit Law School, a for-profit institution in Phoenix. A joint scholarship program will send Bethune-Cookman students and students from other historically black colleges to the law school. Other programs, including intensive LSAT prep classes, have been announced as part of the deal.

Bethune-Cookman doesn’t have a law school, so it makes sense that it would want to partner with an accredited institution. But there’s a problem: Arizona Summit, formerly known as the Phoenix School of Law, may be accredited, but onlyÂ 25%Â of its graduates passed the Arizona bar exam on their first try last year.

Arizona Summit can’t blame the aptitude of its students for its low bar passage rate. TheÂ median LSAT scoreÂ at Arizona Summit is 143, which is on the low end, but about the same as the median score at Florida A&M University College of Law. Still, over half of Florida A&M law school graduates passed the Florida bar last summer. And Florida A&M chargesÂ about $14,000Â in yearly in-state tuition, a fraction of the cost of Arizona Summit, which charges about $45,000 in tuition and fees per year. That doesn’t include the cost for Bethune-Cookman students to move from Florida to Phoenix.

Read more at the Times.