Betty White Made History With Arthur Duncan, He Did It Twice More 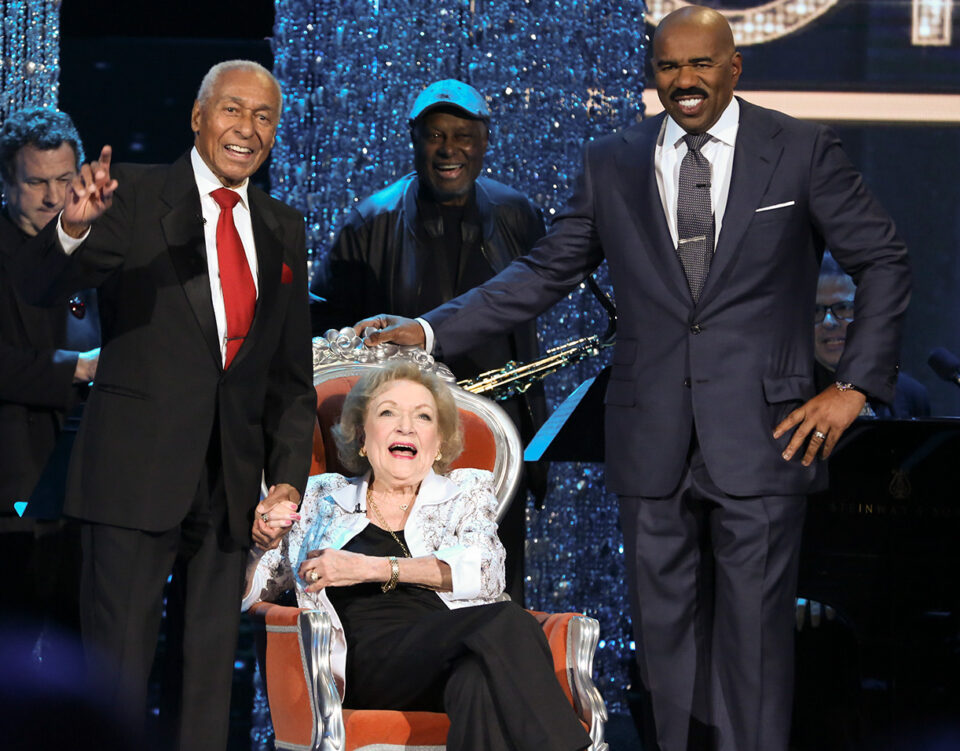 As the world mourns actress and comedienne Betty White, who passed away on Dec. 31, many are discovering or being reminded of the way she broke TV barriers with tap dancer Arthur Duncan.

But her decision to defy conventional norms and balk at Southern naysayers allowed Duncan to go one to make history at least twice more.

The Betty White Show was a spinoff of KTLA variety show Hollywood on Television, which White joined in 1949. Three years later, one of the Los Angeles-area show’s co-hosts, Eddie Albert was given his own eponymous spin-off.

However, Albert was very active in the film world and soon chose to leave the show to film the classic Roman Holiday. That’s when the show was renamed after White, and she took over as both host and producer.

Duncan was already a regular on the show – which featured performances by White and others, interviews, skits and even a kids’ segment – before it was added to NBC’s national lineup in 1954. This means that White had already made history by making Duncan the first Black series regular on a talk show.

But when the show’s reach was extended beyond LA, Duncan’s inclusion as part of the cast made waves across the Jim Crow South.

“I was on the show, and they had some letters out of Mississippi and elsewhere that some of the stations would not carry the show if I was permitted to stay on there,” Duncan told Steve Harvey in 2018 ahead of a surprise TV reunion with White. “Well, Betty wrote back and said, ‘Needless to say, we used Arthur Duncan every opportunity we could.’ ”

Facing the threat of boycotts across the South, White famously said, “I’m sorry but he stays… Live with it!”

Amid the overt racism, The Betty White Show may have also been quietly sabotaged by brands who chose to stay away from the controversy. According to the 2020 book Betty White on TV, the show failed to attract sponsors and was cancelled on Dec. 31, 1954 despite a desperate plea by White to NBC execs.

In February 1955, the show became the shortest run program to ever receive an Emmy nomination for Best Daytime Program.

Duncan, who credits White with launching his career, continued to break boundaries after The Betty White Show.

In 1957, he became the first Black performer to join Bob Hope‘s USO troop as they entertained U.S. troops in the Pacific for Christmas. Duncan was later discovered by big band leader Lawrence Welk who invited him onto his ABC variety show.

After just one appearance, Duncan was asked to remain on The Lawrence Welk Show, making him the first Black regular on a variety show. He remained part of the cast from 1964 to 1982.