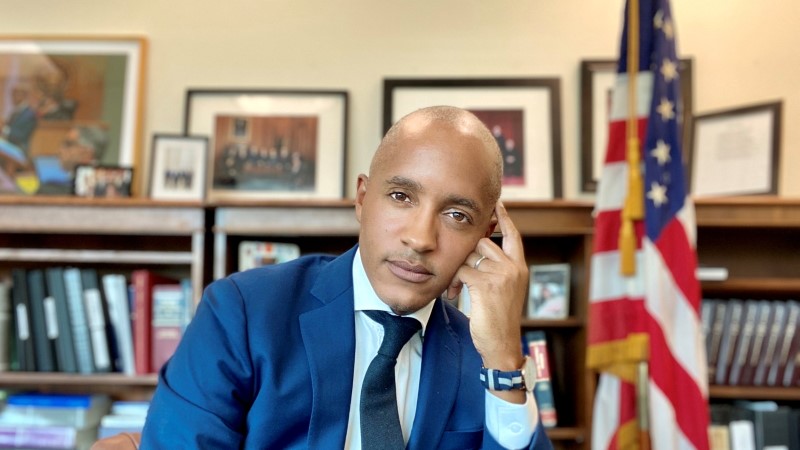 Damian Williams, who U.S. President Joe Biden named as U.S. attorney for Manhattan on August 10, 2021, is seen in this undated handout photo. U.S. Attorney's Office in Manhattan/Handout via REUTERS

(Reuters) — President Joe Biden on Tuesday nominated veteran prosecutor Damian Williams to be the U.S. attorney for Manhattan, which would put him in charge of one of the most high-profile federal prosecutor offices in the country.

Biden also announced seven other U.S. attorney nominations, including the Eastern District of New York as well as the Eastern and Western districts of Virginia.

If confirmed by the U.S. Senate, Williams would become the first Black man to oversee the U.S. Attorney’s Office for the Southern District of New York. He currently serves as chief of a securities task force in that office.

The U.S. Attorney’s Office in Manhattan handles many of the country’s most complex prosecutions of Wall Street executives. Its cases range from insider trading and securities fraud, to corruption and terrorism cases.

She has pleaded not guilty.

For U.S. attorney for the Eastern District of New York, headquartered in the New York City borough of Brooklyn, Biden nominated Breon Peace, a former federal prosecutor who is now a partner with the law firm Cleary Gottlieb.

For the Eastern District of Virginia, an office best known for handling many of the country’s high-profile terrorism and national security-related prosecutions, Biden nominated veteran federal prosecutor Jessica Aber.

He also is tapping Christopher Kavanaugh, an assistant U.S. attorney who helped prosecute self-professed neo-Nazi James Fields for killing a counter protester at a 2017 white supremacist rally in Charlottesville, Virginia, as U.S. attorney for the Western District of Virginia.

(Reporting by Sarah N. Lynch in Washington and Jan Wolfe in Boston; Editing by Leslie Adler and Peter Cooney)