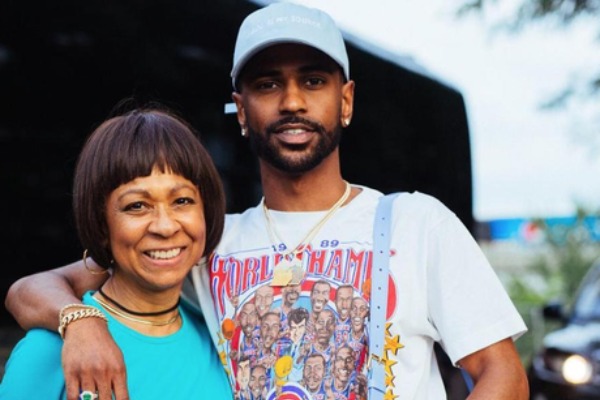 Rapper Big Sean teamed up with the woman who knows him best to release a free and low-cost digital series honoring Mental Health Awareness Month.

The Detroit native and his mother Myra Anderson developed a wellness video series as part of the rapper’s Sean Anderson Foundation, Page Six reports. The series will release a new episode every Saturday during Mental Health Awareness Month offering insight on sleep, meditation, diet, exercise, and a practice called “the emotional freedom technique.”

“Sean and I wanted to share some of the no- or low-cost techniques that we have used over the years to help us attain and maintain emotional balance,” Anderson said in a statement. “In the future, we may do a deeper dive into some of these techniques and other tools that we use.”

The “Bounce Back” rapper praised his mom for teaching him about the importance of mental health early on.  “I feel that Mental Health Awareness Month is the perfect time to talk with my mom about some of the things I have learned from her that have helped me along the way, and I hope will help others,” he said.

Each episode runs for about 10 to 15 minutes with the mother-and-son duo helping their audience to “attain and maintain emotional balance,” AfroTech reports.

In the past, Big Sean has opened up about his struggle with depression and how it led him to cancel his 2018 tour with Playboi Carti, Complex reports. “I never really took the time out to nurture myself, to take care of myself. It took me a lot of depression [and] having a lot of anxiety to realize something was off,” he told Billboard at the time.

Sean’s most recent philanthropic endeavors include a mental health awareness panel his foundation hosted and COVID-19 fundraisers to aid in relief efforts. Alongside his mother, Sean and Anderson launched their Mogul Prep educational program that guides students in obtaining careers in music and other industries.