The Good News & The Bad: The Biggest Gospel Music Stories of 2016 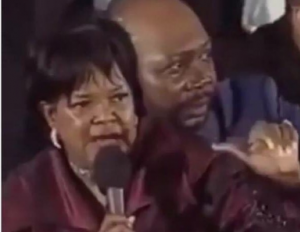 The year 2016 has been just as upsetting to the gospel music industry, as Donald Trump’s electoral college win over Hillary Clinton in this year’s presidential race. Here are some of the headlines that had church folks buzzing, from the pew to the beauty shop.

After 35 years as a fixture on Black Entertainment Television (BET), Dr. Bobby Jones ended his run on the cable television network that he helped build with his weekly Bobby Jones Gospel musical showcase.

“I wanted to go out on top,â€ says the 78-year-old emcee, who continues to host a syndicated radio show, The Bobby Jones Gospel Countdown, on The Light Network. Grammy winner Tye Tribbett, who appeared on Jones’ TV program many times in the past, was tapped to host BET’s new inspirational music program Joyful Noise, which now airs in Dr. Jones’ former time slot.

This was a year for high profile musical mashups, such as Tye Tribbett’sÂ  collaboration with Israel Houghton on the top-10 hit “Chasing Me Down.â€ On the controversial side, Kanye West and Kirk Franklin got together for “Ultralight Beam.â€ Franklin was quickly criticized by many of his own fans for lending his voice to a song with profanity.

“To a lot of my Christian family, I’m sorry he is not good enough, Christian enough, or running at your pace[…]And, as I read some of your comments, neither am I,” Franklin posted on his Instagram page, in response to the fallout.

Franklin had another high profile collaboration this year, when super producer Pharrell Williams remixed his “123 Victory,â€ and watched it soar to the top spot on Billboard’s “Hot Gospel Songs” chart. A few weeks later, Williams was back on the same chart with Kim Burrell, fronting “I See a Victoryâ€ from the film soundtrack for Hidden Figures.

In August, it was announced that New York City-based RCA Inspiration–with a roster boasting Marvin Sapp, Le’Andria Johnson, and Fred Hammond–would move its operations to Nashville. Most of the personnel opted not to relocate, and a largely new staff, fronted by TV producer and former eOne Music Nashville Executive Phil Thornton, was announced. Gina Miller, a promotions VP, was elevated to Thornton’s post as VP/general manager of Urban Inspiration at eOne.

In touring news, Live Nation announced “The Worship Tour: We Are Here,â€ with three of the gospel genre’s biggest millennial acts, Jonathan McReynolds; Anthony Brown, of Anthony Brown & group therAPy; and Travis Greene. The production kicks off February 21, 2017,Â  at The Peabody Opera House in St. Louis, and heads to 16 other cities, before closing at The House of Blues in Las Vegas on March 23, 2017.

In radio land, Rockford, IL-based SOAR RADIO became the first Nielsen, BDS monitored, internet gospel radio station. The syndicated Yolanda Adams Morning Show abruptly ended a nearly decade-long run on Radio One stations on April 22 of this year . On May 10, Get Up! Mornings with Erica Campbell filled the same daily time slot. After over six months away from the microphone, Adams resurfaced on October 3, with a new Yolanda Adams Morning Show via Amazing 102.5 FM, in Houston.

On the relationship front, Israel Houghton announced in February of this year, via Facebook, that he and his wife of 20 years, Meleasa, had divorced. “Several years ago, I failed and sinned in my marriage,â€ he posted. “I have repented for my actions. […] I’m sorry for the many who will be hurt to learn of my personal failure. I regret any pain or disappointment that this news may cause you.â€

After the divorce, Houghton began dating talk show host Adrienne Bailon of The Real. They married this past November, with a small but lavish ceremony in Paris.

On a sad note, powerhouse traditional gospel singer, Leomia Boyd, 65, died of pancreatic cancer on May 9, 2016, in Aberdeen, MS. Her 1982 LP, “I’m Depending on You Lordâ€ (Neal Records), reached No. 3 on Billboard‘s “Gospel Albums Sales” chart, and her 1988 LP ,”That’s the Way the Lord Works,â€ earned a Grammy nomination. Aside from music, Boyd was a successful businesswoman and owned apparel shops in Aberdeen, MS.

In addition, Lecresia Campbell, who is best known for her operatic high notes on songs, such as “Perfect Praise (How Excellent)â€ with The Soul Children of Chicago, died of complications of a stroke on September 29, 2016, in Atlanta.

“Steal Away” by Leomia Boyd

Ligon had been out of the limelight for the last year, even missing out on accepting a Legends Award at this year’s Stellar Gospel Music Awards in March. However, he did make the news in August, when his current manager posted on Facebook that Ligon was furious that his former management was promoting a new Mighty Clouds of Joy gospel album, which portrayed him as a ghost.

“This cover portrays me as a memory, and I would like everyone to know that I am alive and well,â€ Ligon posted on his Facebook page. “I am working on some projects of my own, and [I] am in no way finished doing God’s work.â€

Ligon, who is thought to co-own the trademark to the group’s name, was also bothered that his former management was booking another group calling itself The Mighty Clouds of Joy, without Ligon’s permission.

One of Ligon’s longtime friends, Pastor Shirley Caesar, enjoyed a banner year. The First Lady of Gospel released Fill This House, and watched it debut at No. 1 on Billboard‘s “Gospel Albums Sales” chart. She then became the fifth black, gospel act to have a star on the Hollywood Walk of Fame, following in the footsteps of Bebe & CeCe Winans, Andrae Crouch, Rev. James Cleveland, and Mahalia Jackson, who also all have stars on the famous walkway.

Caesar closed the year with a bang, due to the viral success of various #UnameitchallengeÂ remixes, featuring the sample, “I got beans, greens, potatoes, tomatoes,â€ from a 2007 re-recording of her 1988 hit, “Hold My Mule.â€ The mixes have racked up millions of cyber streams, boosted Caesar’s album sales, and led to a line of merchandise sold exclusively on www.unameitshirley.com.

However, earlier this month, multiple news outlets did report that Caesar would be suing the original mixer, DJ Suede, for $5 million, after she and Suede’s management teams couldn’t come to an agreement, over the images of alcohol in the viral video and the possibility of future royalties.

However, Caesar’s attorney James L. Walker has issued a statement that no lawsuit was filed. Walker said, in the release, that he filed an injunction to remove the video from the internet.

“It is our hope and prayer that DJ Suede and Empire will do the right thing, and respect Pastor Caesar’s legacy, image, and name, and follow the court injunction ordering them to remove this video and the iTunes song, a clear violation of copyright and trademark laws,â€ Walker said.

So, those were the big gospel stories of the year. I wonder what 2017 will bring?