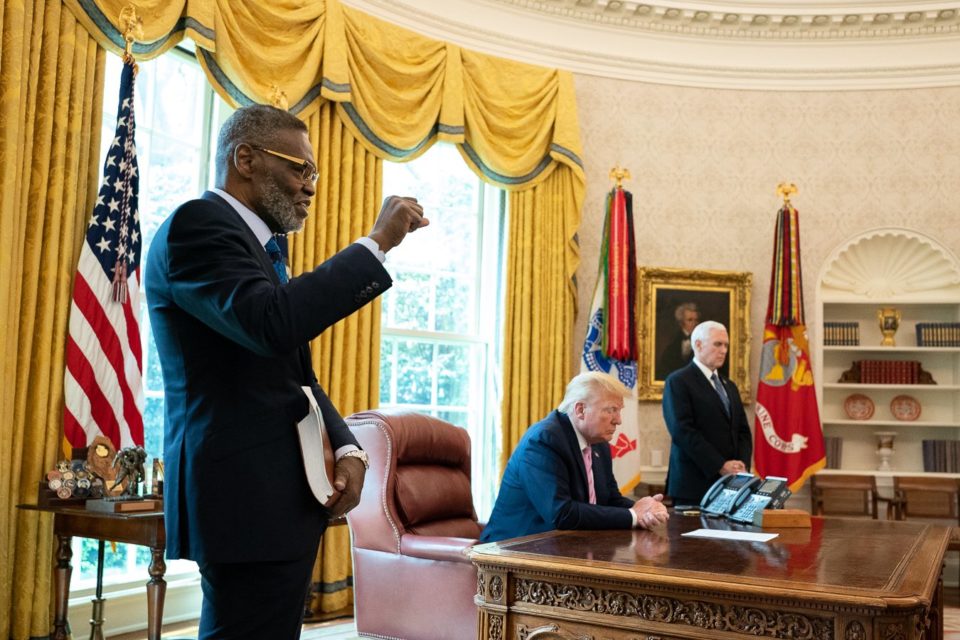 Bishop Harry Jackson Jr., a Maryland pastor and evangelical adviser to President Donald Trump, has died at the age of 66.

Jackson served as the senior pastor at Hope Christian Church in Beltsville, Maryland, which released a statement after his death.

“It is with a heavy heart that we notify you that our beloved Bishop Harry R. Jackson, Jr. has transitioned to be with the Lord on November 9, 2020,” officials with Hope Christian Church said in a statement.

The cause of Jackson’s death has not been determined yet. Jackson was pro-life and against same-sex marriage, which aligned him with Republicans, but he was also a prison reform advocate and believed in the good of both sides of the political spectrum.

“What I believe is that the whole left and right paradigm that politics has chosen to create for itself is fundamentally incorrect because the Bible has both what we call left and right issues,” Jackson told Religion News Service back in 2005, according to Yahoo News.

The bishop also served as the founder and chairman of the High Impact Leadership Coalition, which seeks to educate and empower church leaders on how to improve their communities.

Jackson has made multiple appearances at the White House during President Trump’s time in the Oval Office, including for a Good Friday prayer that he led at the beginning of the coronavirus pandemic, according to MSN News.

Both events drew a large mask-less crowd and the Rose Garden event directly led to a dozen people later testing positive for COVID-19, including Trump. However, Jackson reportedly tested negative after the event.

The Hope Christian Church’s Facebook page was filled with kind words, stories about how he impacted their lives, and the sadness that comes with losing a loved one.