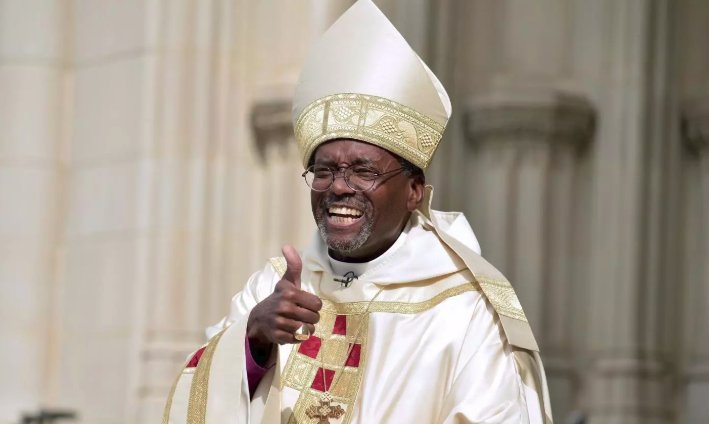 Reverend Michael Curry, the presiding bishop at the American Episcopal Church will give a sermon at the royal wedding this Saturday, May 9.

Presiding bishop Michael Curry of the American Episcopal Church will give a sermon at the royal wedding this Saturday, May 19. Kensington Palace confirmed on Twitter last Saturday that “Prince Harry and Ms. Meghan Markle have asked that The Most Reverend Michael Bruce Curry, the 27th Presiding Bishop and Primate of The Episcopal Church, will give the address at their wedding.” He will join the dean of Windsor, the Rt. Rev. David Conner, and the Archbishop of Canterbury Justin Welby, who will officiate the service.

Although Prince Harry and Markle do not have a personal relationship with the reverend, the couple decided on Curry after discussions with the Archbishop of Canterbury, according to UK’s Telegraph. Curry, 65, is described as a “high energy” evangelical preacher who shook up the face of Episcopalianism.

In November 2015, the Episcopal Church, historically one of the faiths of the nation’s white elite, installed Michael Bruce Curry as a presiding bishop over its 1.8 million members, becoming the denomination’s first African American spiritual leader.

“The love that has brought and will bind Prince Harry and Ms. Meghan Markle together has its source and origin in God, and is the key to life and happiness,” Curry said.

Curry has backed same-sex marriage and racial reconciliation. In his 2015 autobiography, Songs my Grandma Sang, Curry revealed that he and his family are descendants of slaves and sharecroppers in North Carolina and Alabama.

Curry has been active on social justice issues throughout his ministry, including speaking out on immigration policy and supporting marriage for same-sex couples, according to his biography on the Episcopal Church’s website.

In 2016, after the archbishops of the Anglican Communion imposed three-year sanctions on the Episcopal Church for its decision to allow clergy to perform same-sex marriages, Curry said the church will not roll back its acceptance of gay marriage. Anglican leaders then stripped the Episcopal Church of any role in deciding doctrine or determing how the Anglican Communion operates for three years.

“They heard from me directly that that’s not something that we’re considering,” Curry told NBC News. “They basically understand we made our decision, and this is who we are, and we’re committed to being a house of prayer for all.”

Curry was born in 1953 in Chicago to Dorothy Curry and Rev. Kenneth Curry, who was a Baptist before becoming an Episcopalian priest. He said his father became part of the church after he and his mother had been allowed to drink from the same chalice being passed among white parishioners in racially segregated Ohio.

For more on black and brown royalty around the world, check out “NOT JUST MEGHAN MARKLE: HERE ARE 6 ROYAL BLACK WOMEN AROUND THE WORLD.”