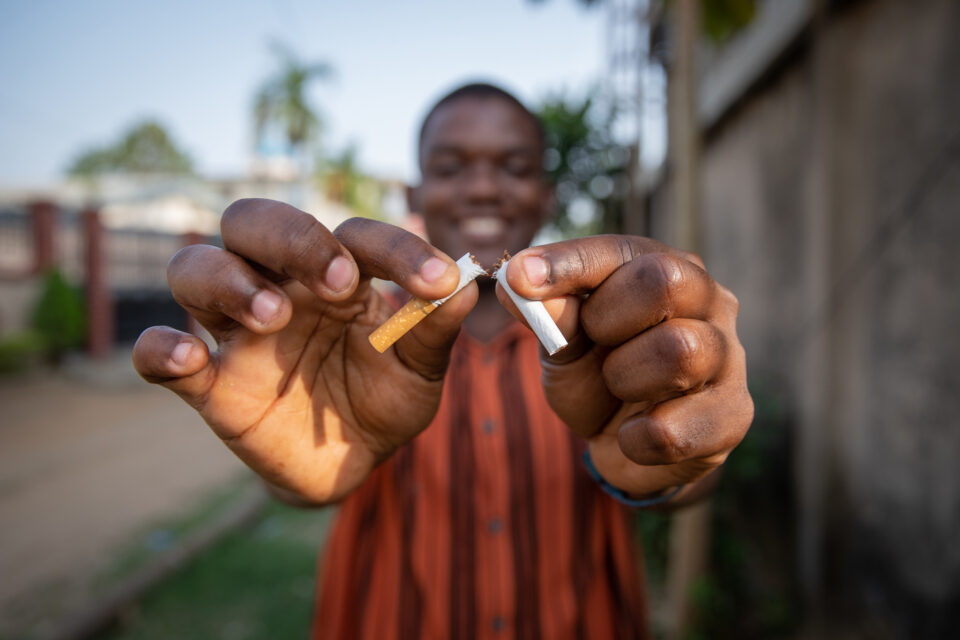 Tobacco companies have responded by pouring $22 million into a ballot measure known as Prop 31 that would repeal the ban. That led McCarty and a group of Black activists to hold a “funeral” for menthol tobacco products, telling residents to vote yes on Prop 31, which will keep the ban in effect.

“It’s not going to be repealed,” McCarty told The Sacramento Bee.

“The voters are going to see right through this. They’re going to see Big Tobacco spending all kinds of money to hook the next generation of kids. Suburban moms see it loud and clear, with their kids coming home with these flavored vape cigarettes. Black California sees the impact of menthol cigarettes. The polling on this is off the charts.”

Those who support the ban point to the lives it could save and the suffering that could be avoided by keeping thousands from being diagnosed with a range of tobacco-related diseases. The “funeral’s” organizers led attendees to Fremont Park, where they planted 1,000 small white flags representing the 10,000 annual deaths caused by menthol tobacco products.

According to the Centers For Disease Control (CDC), more than 16 million Americans are affected by a disease that tobacco products have caused, including cancer, heart disease, stroke, lung diseases, diabetes, and chronic obstructive pulmonary disease. Additionally, menthol cigarettes have a devastating effect on Black Americans as they have the highest rates of tobacco-related cancer of all racial and ethnic groups, and are more likely to die because of the disease.

Tobacco companies are trying to fight the ban by using the same people they have marketed their products to for decades: the Black community. The industry is making the argument that the ban would criminalize menthol, placing Black people at risk of legal action for using it.

Paulette Gipson, co-chair of Black Leaders Against Tobacco Injustice, said the location of Thursday’s event was selected for a reason. The park is close to the headquarters of Altria, one of the world’s largest tobacco companies.

“Tobacco use isn’t a thing of the past,” Gipson said. “It’s a real, ongoing threat to Black health, liberation and autonomy. On the November ballot, we must vote Big Tobacco out of our neighborhoods, and out of California, by voting yes, on Proposition 31.”