Daniel Sims said he was opposed to the removal of Confederate statues and flags as his White ancestors had fought in the Civil War. (Image: Twitter/@hiphopwired)

A Black Alabama man is protesting against the removal of Confederate flags and statues in his hometown because his White ancestors fought in the Civil War.

According to The Grio, Daniel Sims of Huntsville, Alabama, told local CBS affiliate WHNT Thursday he was protesting against the flags’ removal because of his ancestors. Not his biological ancestors, but the ancestors of the White family that adopted him.

“My whole family is White,” Sims told WHNT in an interview about the Confederate monuments being removed in Guntersville and Albertville, Alabama.

The situation began when Say Their Names Alabama organized a protest outside the Marshall County courthouse, where a Confederate monument stands.
“The rebel flag does not represent all Americans so it should not be at a place where all Americans in the county come, which is the courthouse. So, it is out of place and it has been out of place since they placed it here in 2005,” Say Their Names Alabama leader Unique Dunston told WHNT.

Sims is a member of Captain John Rayburn Camp 452 Sons of Confederate Veterans. A group of about two dozen counter-protesters from the group, including Sims, showed up to protest against those who want the monuments removed.

“[I] went to all-White school, grew up in all-White neighborhood. My grandfather was White and he was the main one that fought in this war here. And he’s taught me everything I know,” Sims said.
It’s highly unlikely Sims’ adopted grandfather fought in a war that ended in 1865, but Sims said the Confederate statues and flags are part of his heritage.
“It may make my blood boil if they just feel like they can come up here and feel like they can just tear it down. I don’t see me still living if they do that. That monument ain’t hurting nobody. That monument ain’t killing a soul. It ain’t talking bad to nobody. It ain’t even racist!” Sims added.
When news of the situation spread to social media, many began comparing Sims to the fictional character Clayton Bigsby, a blind Black man who believed he was White to the point he identified as a White supremacist on The Chappelle Show. 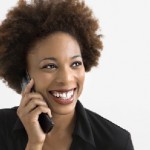