Black Business Funding Doesn't Have To Be A Struggle With Clearco 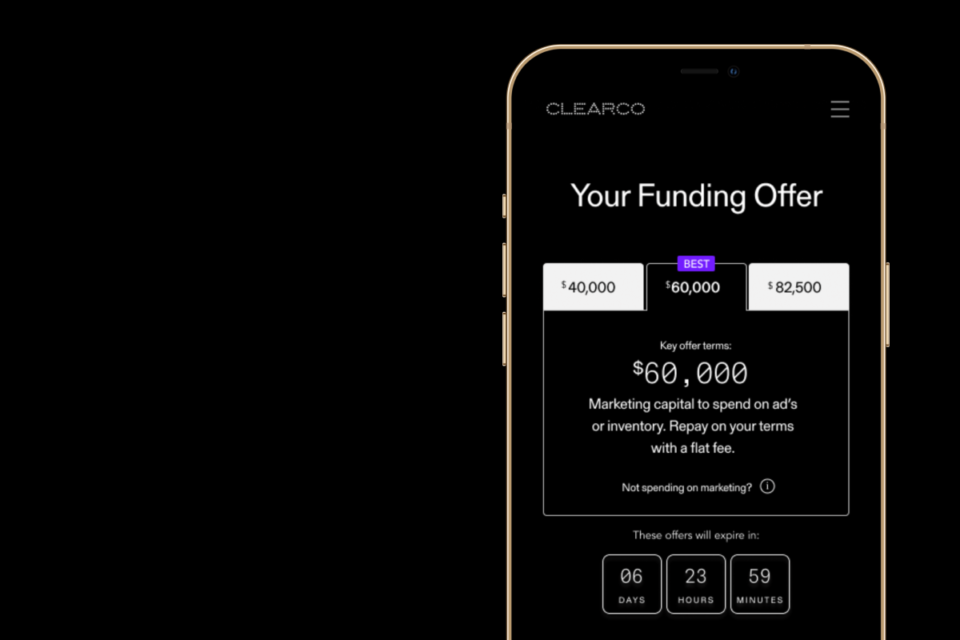 Entrepreneurship is an uphill climb as it is. Black entrepreneurs know that climb is practically a vertical ascent. When it comes to the type of support white versus non-white company founders can expect to get their fledgling business ideas off the ground, the numbers are stark, yet sadly unsurprising.

Nowhere is that imbalance more crystal clear than in the world of seed investing. About 73 percent of founding teams backed by venture capital are exclusively male, while 60 percent are exclusively white. Teams of exclusively white founders raise nearly 35 percent more money than teams composed of only minority founders. And perhaps most alarmingly, companies with at least one Black founder only raise about one-quarter of what teams with at least one white founder bring in.

When you ask those venture capitalists individually, they’ll tell you meritocracy should rule the day, that great ideas and market potential should determine which new enterprises receive financial backing. But reality tells a different story. The bias is all too real. But Clearco is helping to level that wildly skewed playing field.

The pandemic has sparked an eCommerce fire, with online ventures of every shape and variety finding enthusiastic markets through growing digital storefronts. But when many of those companies go looking for funds to help take their growing businesses to the next level, many founders find either closed doors or onerous terms to landing that funding.

Clearco was established with the idea that owners of scaling businesses shouldn’t have to sacrifice their own equity in their company to earn financial support. And with Clearco, the value of that business idea is measured strictly by dollars and cents, not the outside factors that traditionally slant the VC process.

If your company has produced at least $10,000 in monthly revenue for the past six months, go to the Clearco website, use the Clearco calculator to enter some important numbers about your business, link some critical accounts, and in under 60 seconds, you can find out exactly how much Clearco is willing to invest in helping you grow.

But unlike banks or venture capital firms, Clearco never asks for an ownership stake as payment for their funds. They’ll offer to put up anywhere from $10,000 all the way up to $10 million to help expand operations, making those funds available often within 24 hours.

Rather than elbowing into company ownership, businesses repay that Clearco investment through a simple revenue-sharing agreement, plus a small fee for Clearco. Under those terms, companies settle on the percentage of sales they share and only pay back money to Clearco when they actually make money. Clearco can even infuse cash by buying up to $1 million in company inventory, freeing up business funds to be moved into other critical growth areas instead.

Clearco is working for entrepreneurs everywhere

So far, more than 5,500 founders in seven countries have been staked to over $2 billion in funding, while retaining 100 percent control of their companies. And even more importantly in some cases, Clearco funding decisions are based entirely on algorithms and cold, hard facts. Discriminatory factors like race, sex, and more pay no factor in the tabulation of your business’s worth and its potential.

If your eCommerce business is riding an upswing and needs capital to continue its upward climb, it’s worth receiving a completely free Clearco assessment to see exactly how much they can offer to move your enterprise forward. Connect with Clearco today and find out how much capital you can access.