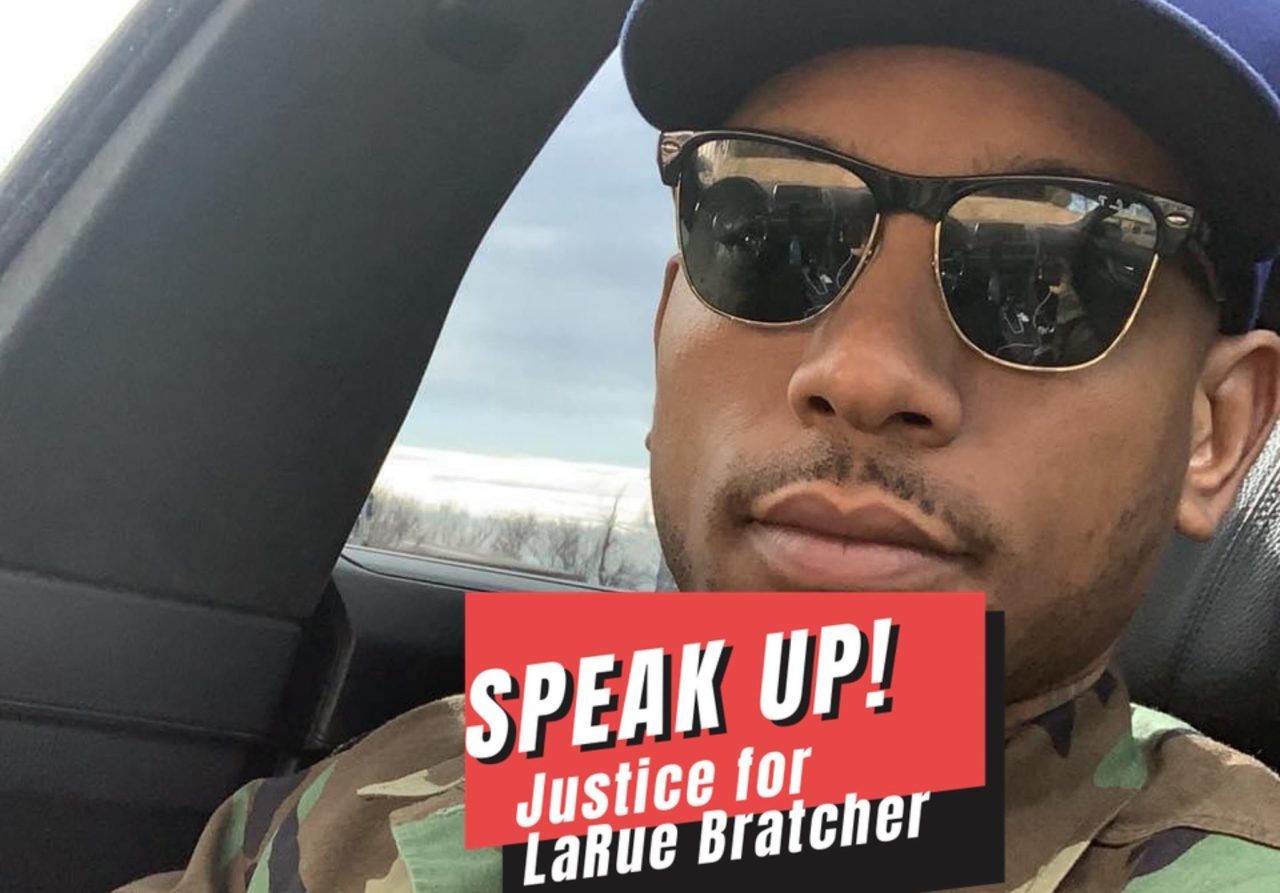 The family and friends of a Black man awaiting trial on first-degree murder charges for defending his business from a burglar are saying he is innocent.

LaRue Bratcher is the owner of marijuana smoke shop, Premium Smoke L.L.C., located in Oklahoma City, and last year, he shot and killed a man who tried to steal from his business, The Atlanta Black Star reported.

“Someone broke into his place,” Bratcher’s uncle Derrick Neighbors said at a Saturday rally for Bratcher. “He didn’t go out looking for trouble. He was in his own place of business.” His trial is set to begin later this month, reported KWTV.

Bratcher was originally arrested for second-degree murder for killing 42-year-old Daniel Hardwick, who is white, the suspect in the burglary. It is alleged that Bratcher initially tried to fire a warning shot, but it accidentally struck Hardwick. This incident would have been Hardwick’s second attempted break-in in as many days.

Bratcher was the one who called the police.

“He was trying to break in when the business owner, who was inside the business at the time, apparently opened fire with a handgun, striking and killing the man who was breaking in,” Msgt. Gary Knight with the Oklahoma City Police Department said, according to KFOR.

Police were quick to point out his business license had expired via a call to the Oklahoma Medical Marijuana Authority, which lead to his initial arrest of growing marijuana without a license and the confiscation of 480 marijuana plants, which were estimated to cost about $1.5 million.

While Bratcher was out on bond, officers raided his home and pointed their guns at his wife who was holding their six-month-old, according to Vicky Bratcher, LaRue’s wife.

“It was a horrible experience,” she said.

“It’s just me with the kids and to know that you go from one charge to the next charge and not knowing what’s going to happen,” Bratcher’s wife said. “It’s like our life is at suspense right now.” She’s been managing the store alone since the shooting last year.

Bratcher is being represented by attorney Clay Curtis, one of Oklahoma’s best lawyers, named Criminal Defense Attorney of the Year, according to the Oklahoma Gazette.