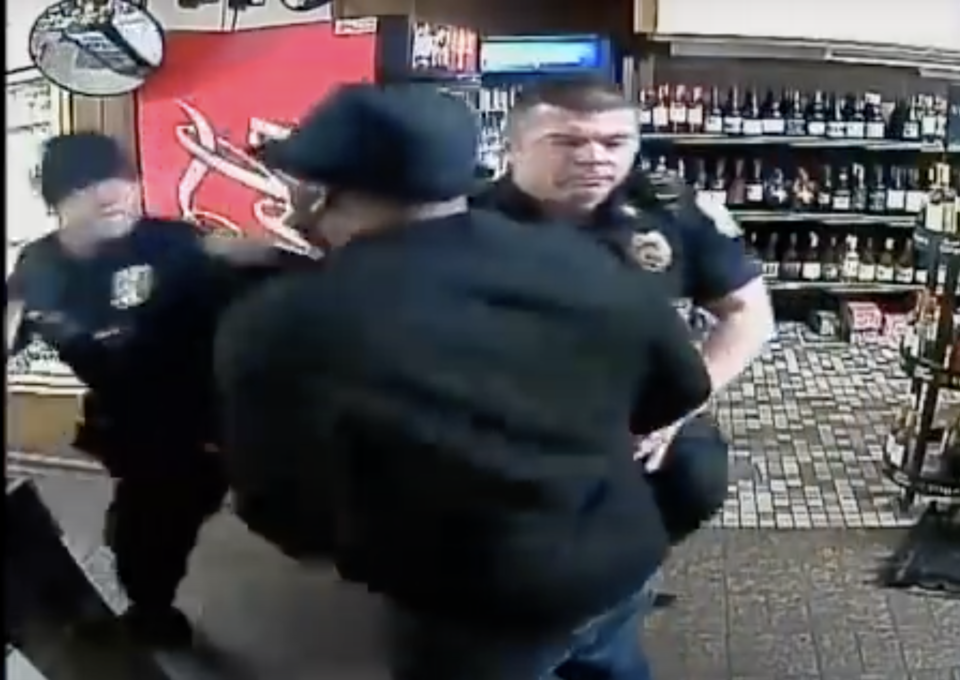 Two years ago, 47-year-old liquor store owner Kevin Penn was a victim of an assault by a white Decatur, Alabama police officer after being mistaken for a robber and punched in the face.

Now, the owner of Star Spirits & Beverages is suing officer Justin Rippen and the city of Decatur for the incident reports Alabama Local News.

In a March 11 suit filed in the U.S. District Court, Penn alleges the assault is indicative of the Decatur police’s practice of excessive force, illegal seizure and false arrest, along with a violation of his Constitutional rights. He seeks punitive and compensatory damages.

Decatur police Chief Nate Allen confirmed that on March 15, 2020, Rippen was the officer seen on a viral surveillance video going to immediately punch a disarmed Penn upon entering the store. Penn was the one who called 911 after capturing a shoplifter and holding him at gunpoint.

The video clearly shows Penn setting down the weapon clip at the officers’ entry and things go left in an instant, leaving the liquor store owner tackled to the floor and handcuffed by three officers.

According to the nine-page suit, Rippen broke Penn’s jaw and knocked out a tooth, causing painful weeks of treatment as well as having his mouth wired shut.

When asked about the excessive force, the police chief acknowledged that most cases with an armed suspect end with death, however, he simply offered, “I would much rather have a punch than an officer-involved shooting.”

The Sixth Avenue business owner was arrested on a misdemeanor charge on grounds of obstructing governmental operations.

Per the lawsuit, “It is well known in the Decatur legal community that Decatur officers frequently use these charges, commonly referred to as POP (piss off police) charges, without a legal basis.” It was only until the release of the surveillance video to the public that the city pretended to investigate, while Rippen was not reprimanded.