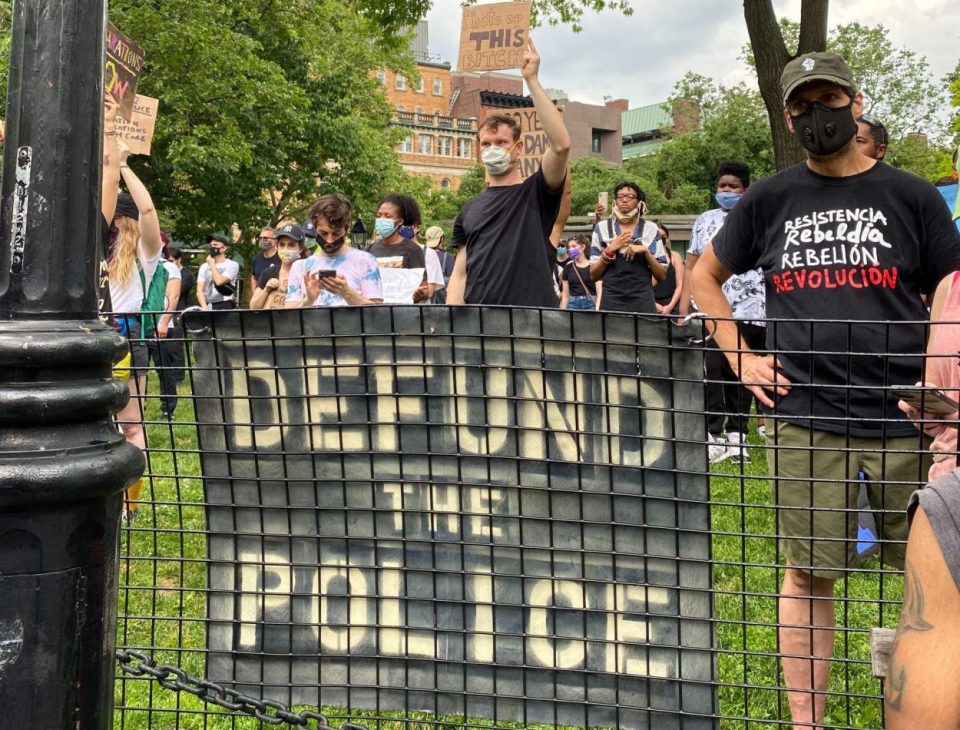 A survey of black business owners shows mixed feelings on defunding the police, a campaign championed by the Black Lives Matter movement that would reduce police budgets and reallocate those funds to improve other areas like education, public health, housing, and youth services, reports The Cut.

Tasia Ford, who owns Big Red Hot Sauce with her husband Paul, told The Washington Examiner there are  people who don’t agree with defunding the police, but this is the first time the idea has real support behind it.

“As a whole, we don’t believe in defunding the police force, but I think that has never really been the question,” Ford told the conservative news outlet Friday. “I think there are deeper issues that got us to where we are today.”

Ford told the Examiner this is the first time people are really looking at how the police operate and that changes are needed and necessary.

“At the end of the day, do we believe that police are bad and need to be destroyed? No, that’s never been our stand. But is there a problem that needs to be addressed? Yes,” Ford said, adding “the police are a representation of a much deeper rooted problem … [and] I don’t necessarily know [if defunding] solves the problem or just puts a Band-Aid on something that needs stitches.”

Since the Black Lives Matter protests started after the deaths of George Floyd and Breonna Taylor, black activists, politicians, and celebrities have called for cities and states to defund the police and use the money to boost social services that help people with issues that have been pushed on the police. Drug prevention and rehabilitation, mental health services, and housing are just some of the places people want to see money allocated to other than police departments.

Even police agree that in many cases they’ve been assigned to take care of issues that they have little knowledge or experience in. Former Dallas Police Chief David Brown was shown in John Oliver’s Last Week Tonight segment saying the responsibilities have increased over the years.

“We’re asking cops to do too much in this country,” Brown said. “We’re just asking too much. Every societal failure, we just put it on cops. Not enough mental health funding, let the cops handle it. Not enough drug prevention funding, let’s just give it to the cops.”

However, some black business owners have expressed hesitation when it comes to defunding the police.

“I think [defunding] would be bad for businesses, in a way, because if you abolish the police, who would protect the town?” a black bakery owner in Pennsylvania, who was granted anonymity told the examiner.

“I would love to see them test integrity; they test belief structures and things like that before they allow just anybody to become a cop,” Jones told the Examiner, adding that “you can’t keep doing the same things over and over again and expect a different result.”