Black on Campus – More than a Hashtag 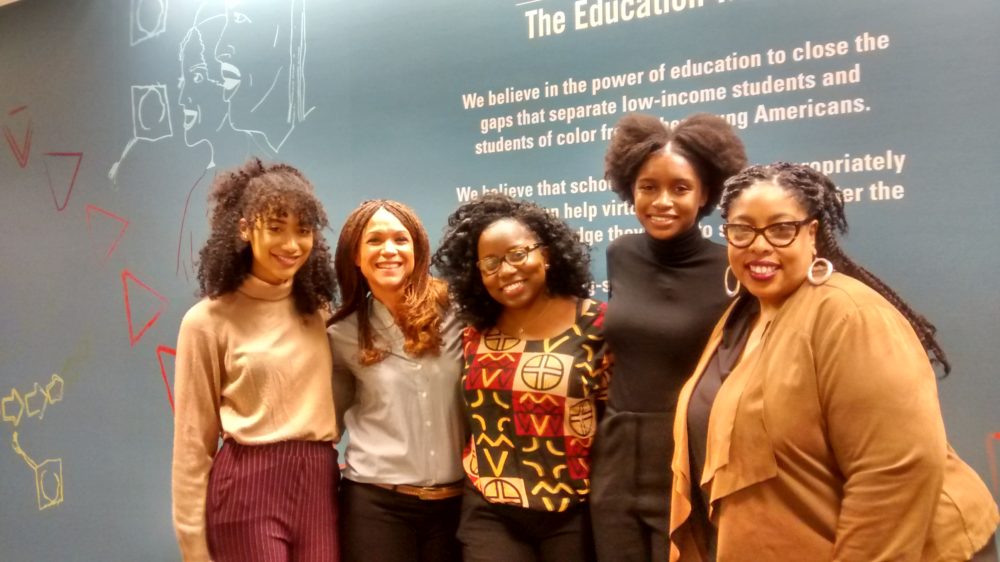 Last week I was in Washington, D.C., where I was delighted to meet three student journalists, Lauren Lumpkin, a senior at American University; Bri Reddick, a junior at Wake Forest University; and Savannah West, a senior at Clark Atlanta University.

The three are part of a cohort of 10 students participating in Black On Campus 2018, a program of the Anna Julia Cooper Center founded and directed by Melissa Harris-Perry, the award-winning broadcast journalist, in collaboration with the Nation.

Harris-Perry co-leads Black On Campus 2018 with Sherri Williams, assistant professor of race, media, and communication at American University. Under their direction, the students will develop professional skills as they document issues of significance to black readers. Their pieces will be published in the Nation.

I spoke with all three student journalists to find out what they were working on. Reddick told me about unsettling racial incidents on campus, such as a white student videotaping an admission of calling her black RA the N-word. She says the Nation will be using their platforms to expand the conversation around such incidents.

Lumpkin spoke of “ally-ship,”—of who emerges after hate crimes are committed, how communities react, and the idea of false allies and the role of social media, such as Snapchat.

But West blew me away when she cited this statistic: 200 to 300 women disappear every month in the state of Georgia. Most are black, and little is being done about it.

Her aim, she said, is to “advocate on behalf of underserved communities, and to bring national attention to issues that disproportionately affect black college students.”

West says it’s not coincidental that black women are disappearing from an area in which there’s a concentration of black female college students. Her issue, though, is the lack of response to the crisis.

“You never hear about the girls. There are no Amber alerts. You don’t see them on the news.”

West would like to see more search efforts, a greater effort on the part of law enforcement, more press releases about this ongoing but ignored tragedy.

When girls of other races disappear, you see Amber alerts and other efforts to find them, West says. The missing girls and women range in age from 13 to mid-20s. Some are college students.

All three student journalists are working on under-reported stories that deserve the attention of the nation.

For more information about Black On Campus 2018, visit its website.