Dozens of incidents are detailed in the filings including claims of vicious comments and open hostility towards them and members of the public. Officer Karinn Young said in her claim she’d find bananas at her locker, including one with a note calling her a monkey. Officer Hamani Nowlen said a white supervisor hit him with a stick-like object and responded “you people should  be used to being hit with these.”

Another officer, Damien Taylor, said he heard a group of White officers discussing George Floyd say: “His Black a** got what he deserved.”

In a series of legal notices filed with the state, the officers did not name who specifically made the comments, but said the comments made their jobs “unbearable” and added supervisors were well aware of the conduct and participated in it.

I can’t sleep sometimes,” officer Russell Ellis said in an interview with the New York Times. “This has affected me in ways that I couldn’t have imagined.”

Amid last year’s Black Lives Matter and Defund the Police movements, many cities have tried to diversify their police departments. However, many Black police officers across the country have also taken legal actions for the racism and discrimination they’ve experienced.

Black police officers in Ohio, Maryland and Pennsylvania  have filed lawsuits against their departments claiming discrimination in hiring, disciplinary actions  and racism from other officers and supervisors.

Seattle, where UW calls home, is constantly touted as a progressive and welcoming city, although less than 10 percent of the city is Black and on campus, less than 3% of the student population is Black. UW officials expressed shock at the allegations and added they had not been made aware of the incidents.

“Any one of the incidents described here would prompt an immediate investigation and appropriate disciplinary action based on the investigation’s findings,” Victor Balta, a university spokesman, said in a statement.

This is not the first time UW has had to defend itself against discrimination and racism claims. In 2008, a group of former and current employees filed a Civil Rights lawsuit against the school claiming discrimination and harassment against Black, Jewish and female officers. A jury rejected the claims and sided with the University in 2011.

The legal notices, which were filed Monday are the first steps toward a lawsuit. UW has 60 days to pay or settle the claims, before the officers can go to the courts. Balta said the school is planning its own investigation. 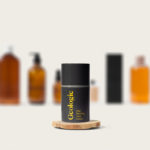 How Men Can Take Personal, Simple Care Of Their Skin 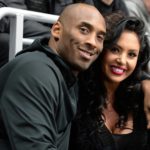