What Can Happen to Black Children When Their Parents Get Money 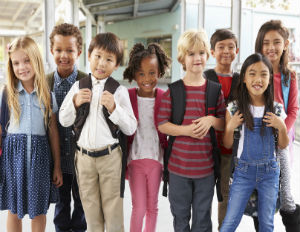 As the nation mourns the losses of two more of our black brothers at the hands of police and the issue of racial tension again moves to the forefront in the United States, it’s important to raise awareness around a demographic that is rarely included in conversations about race: black children growing up in racial isolation.

According to Nielsen research, African American households earning more than $75,000 are the fastest growing income group in the country. That means more have the ability to provide their black children with a private or independent school education.

Experts are now seeing how children who grow up in these situations, however, are forced to develop ‘coping strategies’ in order to ‘fit in,’ that can impact everything from their relationships to their financial behavior as adults.

“One would think that it leads to success,â€ says Wendy Van Amson, co-founder of the Independent Schools Diversity Network.Â  “But you also have to think about what’s really happening to your child…You have to find out what they’re thinking and pay attention to whether they’re being demoralized,â€ she adds.

According to the National Center for Education Statistics (NCES), within private schools, K—12 students make-up was 72% white, while just 9% black.

The Help They Need

If you have a child who is subject to racial isolation:

As the community continues to build wealth despite socioeconomic challenges, it is imperative that parents get the tools and education they need to help their black children thrive.