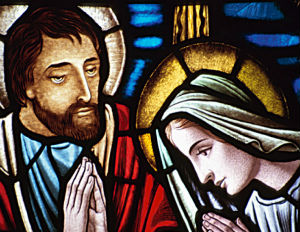 According to reports, Christian leaders from metro Detroit with the largest African-American religious group left for Israel Monday to strengthen ties with the nation and its people.

About nine Church of God in Christ (COGIC) pastors will be in Israel on a week-long trip organized by the International Fellowship of Christians and Jews, a Chicago-based organization led by Rabbi Yechiel Eckstein.

“It’s exciting to make this trip,â€ the Rev. P.A. Brooks of New St. Paul Tabernacle Church told the Detroit Free Press. He is the second-highest-ranking leader of the COGIC organization nationally. “We want to continue our good relations with Israel.â€

Their visit comes as Israel has been pushing for African American leaders and others to oppose the Iran deal, which Israeli leaders say will threaten their nation.

“Israel is the tree that’s going to blossom as we approach end times, so they are like a time clock,â€ Brooks said. “The Jewish nation is a time clock. They are a modern-day miracle prophesied in the scriptures.â€

President Obama has been promoting a dealÂ touted as a “once in a lifetime opportunityâ€ to deter the spread of nuclear weapons in Iran, a plan that has also faced criticism.

Prominent members of the Jewish community in the U.S. have voiced concerns about the Obama administration’s communications in defending the Iran deal, fearing it could fuel a backlash against Jews.

CNN also reports that Jewish supporters of the Iran deal “wonder whether the increasingly harsh language coming from Republican presidential candidates and groups like the American Israel Public Affairs Committee could inflict damage on the American Jewish community as a whole.”

Objecting most strongly to the deal and leading lobbying campaigns against it are pro-Israel and Jewish organizations, many of which point to threats to Israel’s security as a reason for Congress to oppose the deal when it votes in September. One such organization is putting it’s money–$20 million to be exact–behind TV ads, emails and visits to discourage approval of the deal: the American Israel Public Affairs Committee (AIPAC).