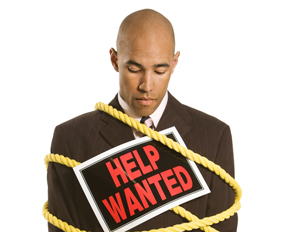 Social investing adviser William Michael Cunningham is often sought after for his expertise on capital access. The CEO of Creative Investment Research is the author of The JOBS Act: Crowdfunding for Small Businesses and Startups. One of his latest ventures, BlackCrowdfunding.net, is a rewards-based crowdfunding site targeted to African Americans. It seeks to help people like him overcome roadblocks unique to their race. Cunningham’s ultimate goal for the site is to close the white-black entrepreneurship gap, and eventually the white-black wealth gap.

Cunningham and his team of two, Henry Burger and Howard Williams—also African American—make up National Crowdfunding Services, an L.L.C., with holdings that include BlackCrowdfunding.net and the Washington, D.C. crowdfunding resource Challenge.

Before it can help minorities raise money, however, BlackCrowdfunding.net needs money itself, reports Mashable. Since launching in April 2013, the platform has struggled to attract outside investments to stay afloat— a particularly sad irony, since it aims to help other businesses raise funds. Donations for BlackCrowdfunding.net campaigns have been few and far between, too.

In April 2014, Cunningham and his team decided to take down the site, after the Web-hosting company hiked its fee from $20 per month to $500 per month, according to Mashable. The site currently redirects to NationalCrowdfundingServices.com, stating that BlackCrowdfunding.net is revising and relaunching. Cunningham had hoped to get the site back up and running again by the end of May, but the site is still unavailable as of the end of July.

Blackcrowdfunding.net is one of several minority-focused crowdfunding sites that have popped up in the past year, including BlackStartup.com and Crowdismo.com, a platform catered to Latinos. They all share one goal: to combat the discriminatory barriers to funding that minority businesses face, by offering alternative resources.

It’s a gap that persists in 2014, one that Cunningham and other minority entrepreneurs are fighting to eliminate through the power of the crowd.