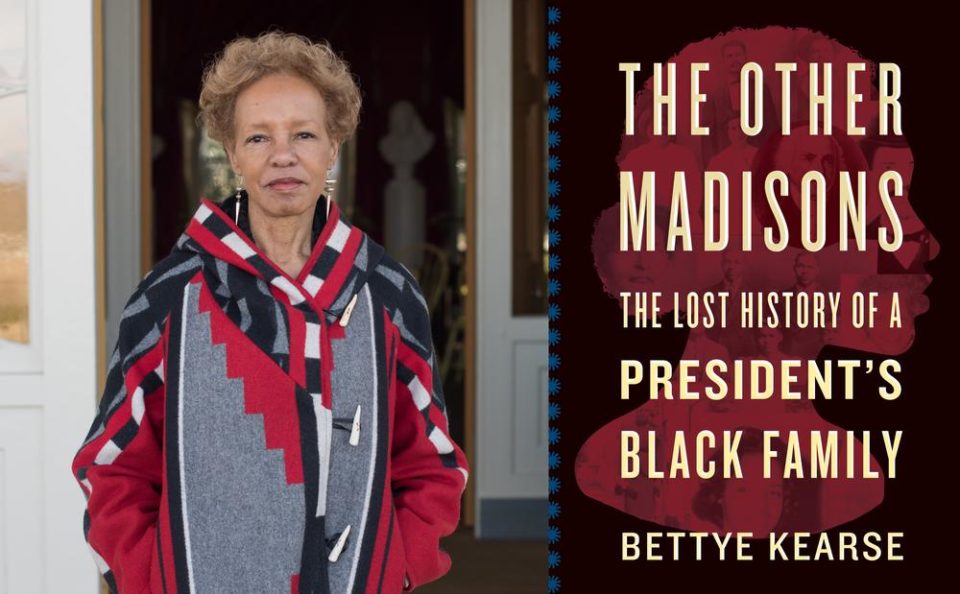 Dr. Bettye Kearse, retired pediatrician and black descendant of President James Madison, is the author of the award-winning book The Other Madisons: The Lost History of A President’s Black Family (Houghton Mifflin Harcourt).

In recounting the struggles, perseverance, and contributions of eight generations of Kearse’s family, this memoir illustrates that enslaved Africans possessed inner strength, hope, and talents by which they survived enslavement while contributing mightily to America. They passed down these same qualities to their descendants. This book will inspire those descendants not only to use their inner strength to fight for their full rights as full Americans but to realize their hopes, and, like their enslaved ancestors, to make contributions to our nation.

In 2020, The Other Madisons earned the International Afro American Historical and Genealogical Society Book Award for Non-fiction/Autobiography and an Outstanding Book Award from the National Association of Black Journalists.

In its starred review, the esteemed Kirkus Reviews praised The Other Madisons as “A Roots for a new generation, rich in storytelling and steeped in history” and one of the best books of the year. Kearse’s book was also listed as one of Smithsonian Magazine‘s “Best History Books of 2020,” Good Morning America‘s “7 Books to Read for Presidents Day,” and Parade‘s “Best Memoirs to Read this Year.”

The 2021 documentary film based on The Other Madisons can be seen in webinars and film festivals throughout the country. The following is a brief clip:

Among Dr. Kearse’s prior speaking venues are the National Museum of African American History and Culture, The Civil Rights and Social Justice Section of The American Bar Association, the National Association of Black Journalists, Harvard University Medical School, the University of Virginia, the Massachusetts Institute of Technology, and James Madison’s Montpelier.

Her areas of expertise include President James Madison’s Black descendants, the importance of oral history, slavery on Wall Street, and how the original Constitution laid the groundwork for marginalizing Black Americans and for unjust law enforcement against them including George Floyd’s murder.

This story first appeared in Blacknews.com.