Black Engineers Gather At This Major Leadership Conference Every Year 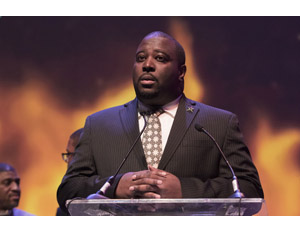 The National Society of Black Engineers (NSBE) is holding its annual National Leadership Conference on June 9-12 at the College of Engineering at the University of Michigan, Ann Arbor.

The conference provides NSBE’s volunteer officers leadership training and development in other skills, such as accounting, fundraising, marketing, and program development.

The event will also recognize some extraordinary achievements in STEM by people of color.

One of these achievements is the appointment of the first African American to ever head the University of Michigan’s College of Engineering, Alec D. Gallimore.

Gallimore is a Ph.D. as well as associate dean for academic affairs, and a professor of engineering. He will be among a handful of African Americans to serve as deans of engineering at predominately white colleges and universities in the United States.

“When I received the invitation to address student leaders of NSBE, I knew I could not pass up the opportunity,â€ he said. “I am humbled and energized to inspire the future engineers who will contribute to achieving NSBE’s all-important aspirational goal.â€

The NSBE’s new National Chair, Matthew Nelson, is also being recognized for creating a new agenda for the NSBE next year and for signing a contract to bring the NSBE Annual Convention to his hometown of Detroit, Michigan, in 2019. Hosting the conference in Detroit will create additional revenue for the city and expose its constituents to more than 12,000 aspiring and current black engineers.

The primary purpose of the NSBE is to increase the number of African American engineering school graduates from an estimated 3,500 annually to 10,000 per year by 2025.

NSBE’s executive director Karl W. Reid says that seeing people to whom you can relate to, succeed in a chosen area of study or endeavor significantly increases one’s confidence in achievement.

“As a country, we need to increase math proficiency rates at the 4th grade, 8th grade, and collegiate levels, especially for African Americans, as these rates are indicators for success in attaining engineering degrees,â€ says Dr. Reid. “And we also need to have many more African American youth able to envision engineering as a career for themselves. NSBE is working to make that possible.”