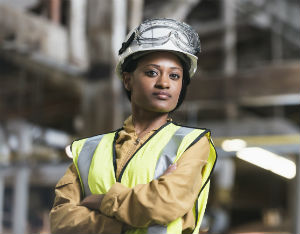 The National Society of Black Engineers (NSBE) will hold its biennial Aerospace Systems ConferenceÂ this month.Â The event’s goal is toÂ recognize the significant contributions African Americans have made to the industry, and the conference will bring together the who’s who of African Americans in the aerospace industry.

In addition to speakers, the conference will host several panel discussions and conduct peer-review technical paper sessions.Â Training courses for aerospace industry professionals will be offered, as well as local aerospace facility tours. Additionally, the Astropreneur Business Connection, an aerospace industry trade show, will be a feature. The Celestial Torch Awards and banquet is also on the conference agenda.

The conference’s other objectives include strengthening diversity in the aerospace workforce and discussing challenges facing the aerospace sector. Lack of diversity in the specialized aerospace industry, which creates the technology that fuels space exploration and military defense, echoes the lack of diversity in technology and science.Â In 2014, President and CEO of Aerospace Industries Association,Â Marion Blakey, spoke of an “urgent need to attract homegrown and more diverse engineering talent to the U.S. aerospace and defense industry.â€Â Earlier this year, Northrup Grumman, one of the nation’s largest defense and aerospace contractors, gave a $2 million grant to the NSBE, to use toward a three-year program in partnership with HBCUs and help diversify the engineering workforce.

FacebookTwitterYoutube
← The One App Every Student Needs to Download Now ← Soul to Sole, Stepping Into Destiny Part I
×