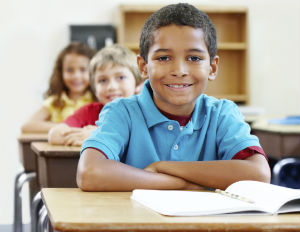 The report highlighted the fact that, although U.S. neighborhoods are becoming more diverse, black and Latino students are attending hyper-segregated schools. In this nation’s educational history, separate has never been equal.

I knew that my neighborhood school district harbored unique racial inequity challenges, as indicated by continual reports of racial inequality in housing, educational outcomes, and economic opportunities. However, like many small urban cities, the school system is one place where different racial groups can cross the proverbial racial and economic divide. Nonetheless, in this case the school district may actually be aiding and abetting racial segregation veiled as gifted education.

In this case, gifted education is clearly inaccessible to the district’s majority black student population.

Racial segregation in public education is a threat to the individual academic performance of a student, and potentially to the future economic as well as civic progress of black communities, in general. There may be a relationship between educational opportunities provided to students and long-term community development and economic prosperity.

Although more attention has been paid to black underrepresentation in gifted education, we must also address the fact that white students are overrepresented in gifted schools, even where the majority district student population is of color.

As gifted education scholar Donna Ford has reported, black students are underrepresented in gifted programs by almost 50% in most years, and in every Civil Rights Data Collection report.

Considering that students of color are already the majority in the nation’s public schools, we must begin to study the economic and social benefits–for all students–of desegregating gifted education.