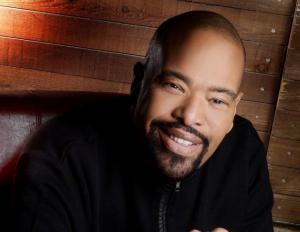 It’s just a month away from theÂ Black Enterprise Golf and Tennis Challenge taking place in Palm Beach Gardens, Fla., Aug. 28-31. Radio personality and syndicated radio host, Doug Banks and his team will be there. Here’s some information you can utilize so when you see him on the golf course, you’ll sound smart making conversation with or about him!

1. Doug Banks was born in Philadelphia.

2. He has worked in radio in Detroit, Los Angeles, San Fransisco, and Chicago and is heard nationwide.

3. Banks has acted in the past. He appeared in the TV show “My Wife and Kids” as Tom Miller, a friend of lead character Michael Kyle (Damon Wayans) who is tragically killed after being hit by a taxi.

4. He has had four different show titles: “Doug Banks Morning Show,” “The Ride with Doug and DeDe,” “Afternoon with/Doug & DeDe,” and now, “The Doug Banks Show.”

5. He recently celebrated his 16th year as a syndicated radio host.

6. In January 2006, in collaboration with Disney and Boys & Girls Clubs of America, he launched The Doug Banks Literacy & Scholarship Initiative. The program supports the development of a fully literate American population by raising awareness about illiteracy and getting the private sector actively involved in supporting literacy across the country.

7. His radio team is himself, DeDe McGuire, and George Willborn.

9. He started his radio career at Southfield High School in Detroit.