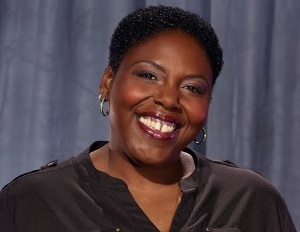 With the Black Enterprise Golf and Tennis Challenge taking place in Palm Beach Gardens, Fla., Aug. 28-31, one of “The Last Comic Standing” contestants will grace us with a performance we’re sure will leave you in stitches. But before you witness the humor of Nikki Carr, here are some facts you may not already know about the comedienne.

1. Carr began her comedy career at age 34 at the New York Comedy Club.

2. She made it to the summer 2014 finals on “Last Comic Standing,” but lot the title to Los Angeles native Rod Man.

5. She is the daughter of jazz drummer Bruno Carr.

6. She says she lost a few hundred friends on Facebook after she came out as a lesbian.

8. Her Twitter tagline states, “I never ask God for results. I ask for opportunities to create results.”

9. She is from the Bronx, New York and still lives there.

10. Her mother encouraged and inspired her to do comedy.