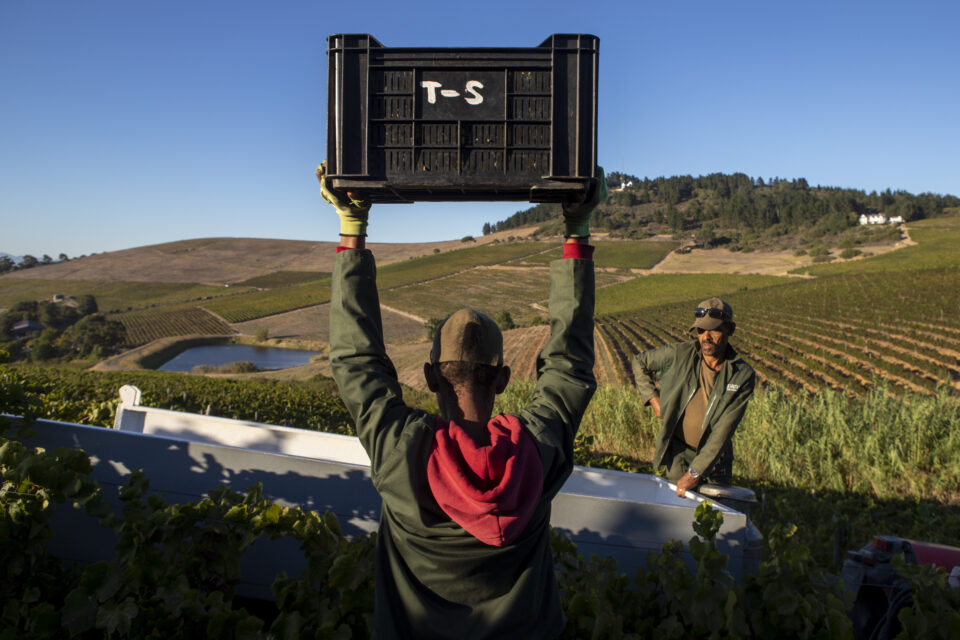 STELLENBOSCH, SOUTH AFRICA - MARCH 18: Winery staff harvest Chardonnay grapes on the Jordan wines estate on March 18, 2022 in the wine-producing district of Stellenbosch in the Coastal Region of South Africa's Western Cape. Jordan is just one of the many wineries that are committed to social responsibility and development of their communities in a post-Apartheid South Africa. Among other projects, ten years ago the family-owned winery established the Jordan Women in Wine Initiative, linking up with the Wine and Spirit Education Trust (WSET), specifically aimed at educating young women involved in the wine industry. (Photo by David Silverman/Getty Images)

A $4 Billion program meant to assist disadvantaged Black and minority farmers that was slammed with legal objections has been replaced with a plan to make relief funds available to farmers who have faced discrimination.

The New York Times reports the change, which is in the Inflation Reduction Act, would create two new funds to assist Black farmers.

One will put $2.2 billion into a fund to provide financial assistance to farmers, ranchers and forest landowners who have been discriminated against before 2021. The second would provide the United States Department of Agriculture (USDA) with $3.1 billion to help farmers who are faced with financial distress.

The $5.3 billion will replace the $4 billion that was in the 2020 bill, which was intended to aid more than 13,000 farmers across the country who received loans from the federal government or had loans guaranteed by the USDA. Farmers who have been victims of racial discrimination include Black, Hispanic, Asian or Pacific Islander farmers.

In addition to many of the same challenges White farmers face, Black Farmers have also had to deal with less access to credit loans and technical support, which makes it harder for them to update equipment, purchase seed, operate their farms and purchase more land. Black farmers also said they have to deal with racial bias and discrimination at almost every level of government that has pushed them off their land including heirs’ property.

The 2021 bill was celebrated by civil rights groups and Black politicians including Georgia Sen. Raphael Warnock (D-Ga.). However, groups representing White Famers, who have also faced economic challenges said the bill discriminated against them and took legal action. Banks also fought the bill saying the money that would be given to Black farmers would allow them to pay off their debts early, meaning the banks would lose the interest income they were expecting.

To prevent the same from happening again, Democrats have removed race as an eligibility requirement and instead gave the USDA broad oversight in how it distributes the funds. That has upset groups representing Black farmers, who are unhappy the funds will no longer be specifically earmarked for them.

John Boyd, the president of the National Black Farmers Association, blasted President Joe Biden for the change saying “he went back on his commitment to helping Black farmers,” and adding that “justice doesn’t come in alphabetical order in this country. Black is always last.”