A Black female World War II veteran is among seven surviving Army members who are still waiting to receive their Gold Congressional Medal.

Retired Major Fannie Griffin McClendon served in WWII as part of the only Black unit of women, Chicago Sun-Times reports. During the war, the 6888th Central Postal Directory Battalion was responsible for solving the growing mail crisis during its stint in England.

However, over the decades, the women who served in the battalion, known as the Six Triple Eight, have yet to receive wide recognition for their work. The Senate has already passed legislation that would award the seven surviving unit members with Congressional Gold Medals. But the bill is still awaiting approval from the House.

“Well, it would be nice, but it never occurred to me that we would even qualify for it,” McClendon said about possibly receiving the Medal.

The 6888 battalion was sent to Europe in 1945 at a time during mounting pressure for African American organizations to allow Black women to serve in what was dubbed the Women’s Army Corps, Commonwealth Journal reports.

While at war, the unit escaped attacks from German U-boats while en route to England and even dodged a German rocket after arriving at the Glasgow port. The women were responsible for processing millions of pieces of undelivered mail for troops, government workers, and Red Cross staff.

The unit cleared out a backlog of about 17 million pieces of mail in just three months before going on to serve in France and returning home. But all these many years later, and the women have yet to receive the same accolades that most war veterans achieve.

Now with most of the unit no longer here, McClendon looks forward to possibly receiving the medal but wishes her former colleagues were here to be honored. 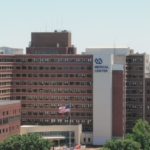 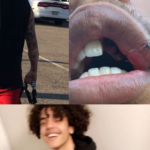