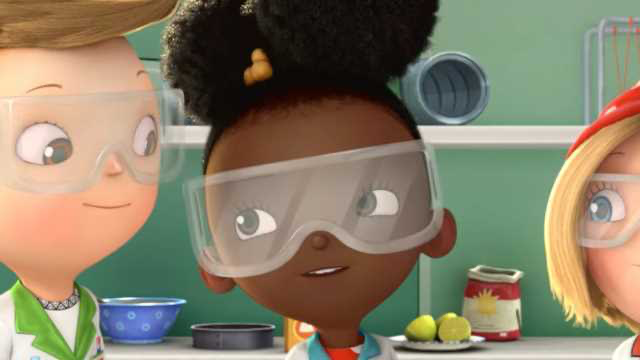 Prepare your TVs for a new animated series about a Black girl scientist who aspires to discover the truth about everything. Ada Twist, Scientist, is coming to Netflix next month with an all-star cast.

The creator of Doc McStuffins brings us an adventurous show that follows eight-year-old Ada Twist as she solves mysteries with her best friends, Rosie Revere and Iggy Peck.

“But solving the mystery is only the beginning,” a description stated, “because science isn’t just about learning how and why and what… it’s about putting that knowledge into action to make the world a better place.”

Ada Twist, Scientist, was developed by Chris Nee of Doc McStuffins, Netflix’s We The People, and more. In addition to Nee, Mark Burton, and Tonia Davis are executive producers.

Priya Swaminathan of the Obama’s Higher Ground Productions, the author of Ada Twist, Scientist, Andrea Beaty, and illustrator David Roberts are also included on the list of execs.

“As a fan of the books, I was taken with the diverse characters, striking designs, and vital message that science matters. Plus, Ada fulfills my personal need to populate children’s television with strong girls who aren’t afraid to be the smartest kids in the room,” Nee said in a statement to Netflix and Variety.

The original picture book was published in 2016. It’s described as a great way to “jumpstart conversations about scientists, girl scientists, gender roles, forming hypotheses, giftedness and childhood genius, and individual creativity. Or just use it for laughs on a lazy school day afternoon,” by the NY Journal of Books.

Booklist Online wrote,” Young Ada Twist and her nonstop intellect might just encourage readers to blaze trails of their own.”

The new preschool series premieres on Sept. 28 on Netflix. In the meantime, check out the first episode on YouTube.