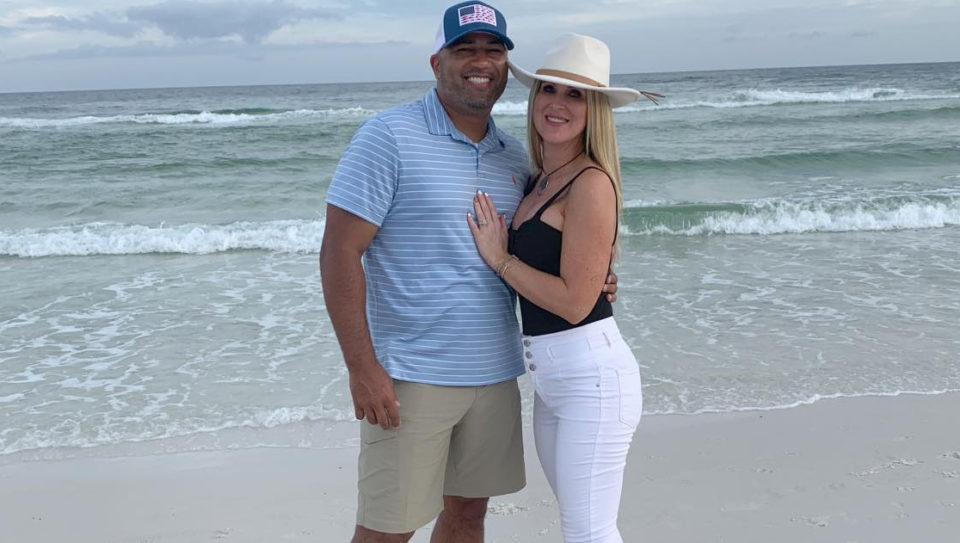 The turmoil of racism, especially in Texas, is still undergoing a strong current these days, and a Black high school principal is in the middle of one.

According to The New York Post, a Black high school principal said that he was told by a district official to take a photo of him and his white wife off of Facebook so that it wouldn’t “stir up stuff” amid complaints from parents.

The Black principal of Colleyville Heritage High School, James Whitfield wrote a very detailed post on his Facebook page last week to speak on the incident from two years ago from when he was initially promoted to the top post at the middle school.

Whitfield spoke to KXAS and expressed that he had gotten an email at the time in 2019, from a school administrator that included a photograph of him and his wife, Kerrie, kissing on their anniversary trip. He has been facing criticism from some parents who have accused him of teaching critical race theory. One of those parents had complained about the photo of the two and the district ordered Whitfield to take it down. He said the district wouldn’t tell him why.

His boss eventually called and asked him to check his email and when he looked he saw the photo of him and his wife on the beach which was a photograph that was shot by a professional photographer on their anniversary.

“I look at the picture, and I look at the words above it, and it says, ‘Is this the Dr. Whitfield we want leading our schools?’ I showed it to my wife, who immediately begins to well up with tears,” he said.

“When a social media concern is brought to the attention of the district, we have a responsibility to review it. Some of the photos the district received contained poses that are questionable for an educator, especially a principal or administrator. It had absolutely nothing to do with race. As a new campus principal, we wanted to provide a smooth transition for Dr. Whitfield to Heritage Middle School, which is why we advised him of the concern and made a request for the photos to be taken down from Facebook.”

The ordeal still leaves many answered questions as to why the district would side with racists and not do the right thing and mind the business that pays them.

FacebookTwitterYoutube
← Fans Outraged After LeVar Burton Snubbed as Jeopardy’s Next Game Show Host ← ‘All About The Details’: Meet The Youngest, Black Female Luxury Shoe Designer In The Industry #BlackBusinessMonth
×