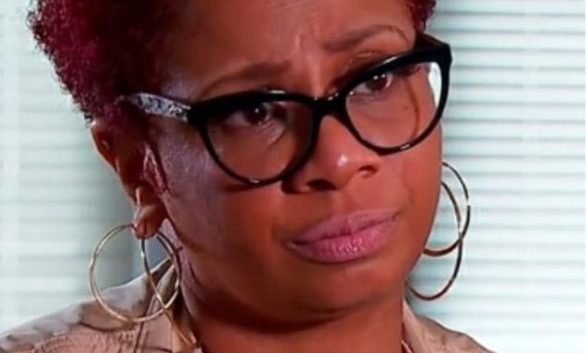 Carlette Duffy of Indianapolis filed a complaint with the U.S. Department of Housing and Urban Development, after conducting a test to find out if her race impacted her home's appraisal value. Photo credit- Instagram

WISH-TV reported that Carlette Duffy of Indiana filed a complaint with the U.S. Department of Housing and Urban Development after she said she was racially discriminated against while getting her home appraised in 2020. According to the report, an initial appraisal came in $149,000 less than the final one, after Duffy staged the home with a white friend standing in for her. Duffy told WISH-TV that personal research put her home’s value at approximately $185,000. An initial appraisal valued it at $125,000.  The next appraisal came in at $110,000.

After leaving her race off the paperwork, removing all family pictures and African artwork, staging a “guest room as a yoga studio, and having a white friend stand-in for her, she said the third appraisal ballooned to $259,000,” WISH-TV reported.

WISH-TV also said that the neighborhood around Indiana Avenue is a historically Black one where Duffy’s grandparents and other Black people settled generations ago. Initially, Duffy’s plan was to refinance her remodeled home, take the extra money and then buy her grandparents’ home. However, Duffy could not make her plan materialize, so she reported what occurred to one of the state agencies.

In a CNN Business interview, Duffy said that red flags went up when COVID, and the construction quality of her home was compared to a neighboring Black neighborhood, which was historic but gentrified, were mentioned by the first appraisal company.

Amy Nelson, the executive director of the Fair Housing Center of Central Indiana, is assisting Duffy with her complaint. Nelson said that allegations state that the comparable sales (comps) that were pulled by the initial appraisal companies were unfair. Nelson stated that there are not a lot of comps in Duffy’s particular neighborhood, which is a Black neighborhood where homeownership has been passed down to family members. She added that their neighborhood should not be devalued because of that or race.

WLWT5 added that when Duffy set up a test to find out if her race was impacting how her home was being valued and the comparable properties that were being used, she arranged for a third appraisal without revealing her race or gender on the application. Duffey reportedly removed items that could indicate her race. Additionally, a white friend posed as her brother and met the appraiser instead. Duffy said that the test allowed her to see that she was correct about feeling that something was not right.

“But then you think about the fact that I had to remove myself from my home in order for my home to have value — that’s the part that really hurts,” Duffy said on CNN Business. “It felt dehumanizing, it felt demoralizing.”

In 2018, the Brookings Institution issued an executive summary about the devaluation of assets in Black neighborhoods.