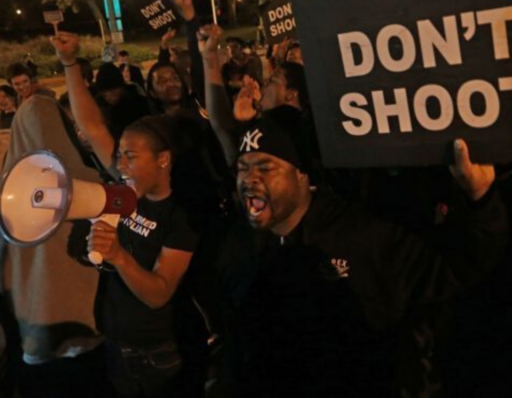 According to The Guardian, Petter Eide wanted to recognize the American movement for its efforts “tremendous achievement” in leading the battle against racial and social injustice globally.

“Black Lives Matter has become a very important worldwide movement to fight racial injustice,” Eide said. “They have had a tremendous achievement in raising global awareness and consciousness about racial injustice.”

He also expounded on BLM’s ability to take its message beyond Black Americans and oppressed people and why the organization was so deserving of the coveted award.

“Awarding the peace prize to Black Lives Matter, as the strongest global force against racial injustice, will send a powerful message that peace is founded on equality, solidarity and human rights and that all countries must respect those basic principles,” the publication reported.

BLM was founded online in 2013 by Opal Tometi, Patrisse Cullors and Alicia Garza after George Zimmerman’s acquittal in the fatal shooting death of 17-year -old Trayvon Martin. In 2014, the movement expanded its social justice work after Mike Brown was shot to death by police in St. Louis. The organization still plays an integral role in social justice today.

The organization tweeted about its nomination on Friday.

“We hold the largest social movement in global history. Today, we have been nominated for the Nobel Peace Prize, “the tweet read. “People are waking up to our global call: for racial justice and an end to economic injustice, environmental racism, and white supremacy. We’re only getting started.”

We hold the largest social movement in global history. Today, we have been nominated for the Nobel Peace Prize. People are waking up to our global call: for racial justice and an end to economic injustice, environmental racism, and white supremacy. We’re only getting started ✊🏾 pic.twitter.com/xjestPNFzC

According to its official site, the Nobel foundation began the award in 1901 after founder Alfred Nobel’s death in 1896.

An excerpt from his will stated that his entire remaining estate should be used to endow “prizes to those who, during the preceding year, have conferred the greatest benefit to humankind.”

The winner of the 2021 Nobel Peace Prize will be selected in October.