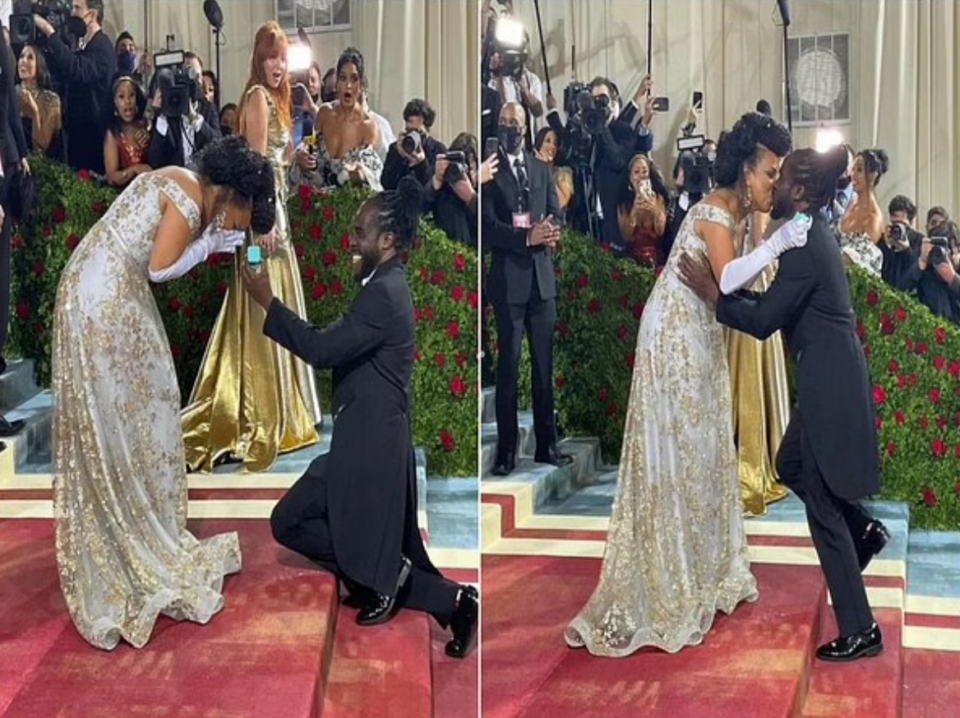 Digi Olisa dropped to his knee and asked Cumbo to marry him as she stood on the iconic steps, Vogue reported.

Photos show Cumbo beaming from ear to ear as Digi Olisa kneels on the Gala’s infamous walkway. Cheers erupted for the couple and their special moment that took over the fashion-forward event.

Cumbo gushed about the proposal while speaking with the press.

“I didn’t know it was going to happen tonight,” she told Entertainment tonight.

Cumbo, who was appointed by Mayor Eric Adams, says the proposal was a full-circle moment for the New York City native.

“I was an intern here when I was 15 and came to the Met Gala,” Cumbo said.

“Now I’m coming back with my now-husband as the commissioner for the Department of Cultural Affairs.”

Digi Olisa admitted to struggling with deciding on when to pop the question and knew the Met Gala was his moment, New York Amsterdam News reported.

“You know, it’s always like trying to wait for the right time,” he told the Associated Press. “So when is the right time considering everything that’s going on worldwide? So I was just like, ‘Today we’re going to make it happen.'”

Cumbo became the princess of the Met Gala thanks to her soon-to-be husband.

“You wait for this moment your whole life almost and for it to be right here, it was everything that I thought it would be,” Cumbo said.