Black Man Arrested After Calling 911 to Report A White Girl Who Crashed A Car, Suing City of Chattanooga 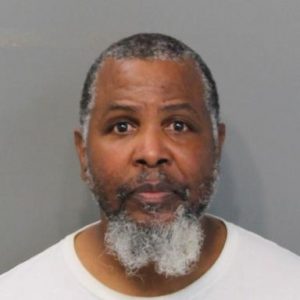 A Black Tennessee man is suing the city of Chattanooga for arresting him after he called the cops to report a 14-year-old White girl who crashed a car.

Michael James, a truck driver with no criminal record, filed a lawsuit last month against the City of Chattanooga and several officers over claims his civil rights were violated when he was wrongfully arrested on May 6, 2020, according to the Tulis Report.

James was driving on the road when he saw a Nissan SUV driving in an “erratic and dangerous manner,” the suit states. The Nissan was being driven by a 14-year-old unlicensed driver and carried another minor in the passenger seat. The teen nearly struck James’ vehicle.

After an exchange where the teens flicked off hand gestures at a stoplight, the girls crashed the car into the Barn Nursery before running to a nearby house occupied by an elderly lady, who gave them entry, according to The Tulis Report. When police arrived, the girls made allegations against James, who was parked nearby with his flasher lights blinking waiting to speak with the police.

Instead of being hailed for his good deed, the responding officer decided to investigate James and arrest him.

“So my call to 911 was a good deed on my part, especially when they crashed into the building, to make sure they were OK, and the people inside of the building that could’ve been injured,” James said. “I was offering assistance and rendering aid, but also to make sure who was driving was held accountable for it, because they took off running.”

The teens told police that James had chased them and threatened them with a gun. In response, they searched James’ car without a warrant before aggressively arresting him.

“The allegations don’t add up,” James said. “Sounds like false allegations to get out of what the person that was driving illegally that crashed into that building, sounded like they were just trying to get out of the situation. Those are false statements. There is no reason for me to do that to two young girls. What I observed and witnessed them—driving recklessly—and noticed that the two individuals in the car, they were awfully young, so I thought the car was stolen, but also thought they were falsely intoxicated—I seen ’em driving recklessly.”

James was forced to make multiple court appearances before all charges against him were finally dropped. He is seeking $450,000 in damages over claims the responding officers violated his civil rights based on his race.