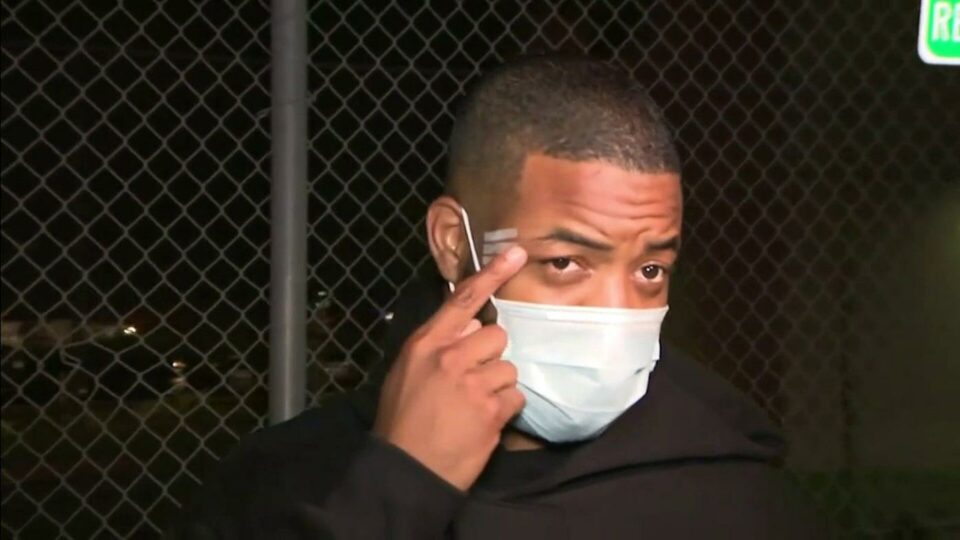 A young Black man who was tackled and then beaten by several police officers in Miami last month has just released footage that shows the police officers performing the illegal act but also boasting about the beating on video.

Khalid Vaughn, a 28-year-old Black man who was in Miami visiting from New York released a video clip on his Instagram account that shows the violence towards him that was done by a police officer. Vaughn filmed the actions of the other police officers beating a handcuffed man who he did not know. The police officer attacked him even as Vaughn was complying with the orders from him.

The incident took place in the lobby of the Royal Palm Hotel in South Beach on July 26.

“On July 26 around 1am I was entering the royal palm hotel on south beach and saw cops beating a man who was already in cuffs. I began to record the incident saying “he is already in cuffs you dont have to beat him” officers yelled at me to back up as i began doing so i was speared by an officer elbowed in the face by another, then ultimately jumped by officers and arrested. They sat me in front of the hotel bleeding where I was then taunted by officers bragging about how good they beat me. One officer even took the gatorade that i was carrying drink it and threw the bottle at me and said “you look thirsty”. As my friend Sharif recorded what was happening to me an officer then grabbed him buy his hair slammed him to the ground face first yelling “hang up hang up” and arrested him as well I was taken to the hospital for the laceration on my face and to check for brain injuries.“

Sabater was the p[olice officer who rushed after Vaughn and attacked him.

Vaughn, 28, and his friend, 27-year-old Sharif Cobb, were beaten and handcuffed after the two of them decided to film the violent arrest of a third Black man they did not know, 24-year-old Dalonta Crudup.

Miami-Dade court records show that Vaughn and Cobb were essentially accused of resisting arrest after they allegedly violated a new city ordinance. After viewing the video, prosecutors decided to drop the charges against Vaughn and Cobb and didn’t charge the police officers in Cobb’s arrest. Rundle stated that this remains an ongoing investigation and that additional charges may be filed.