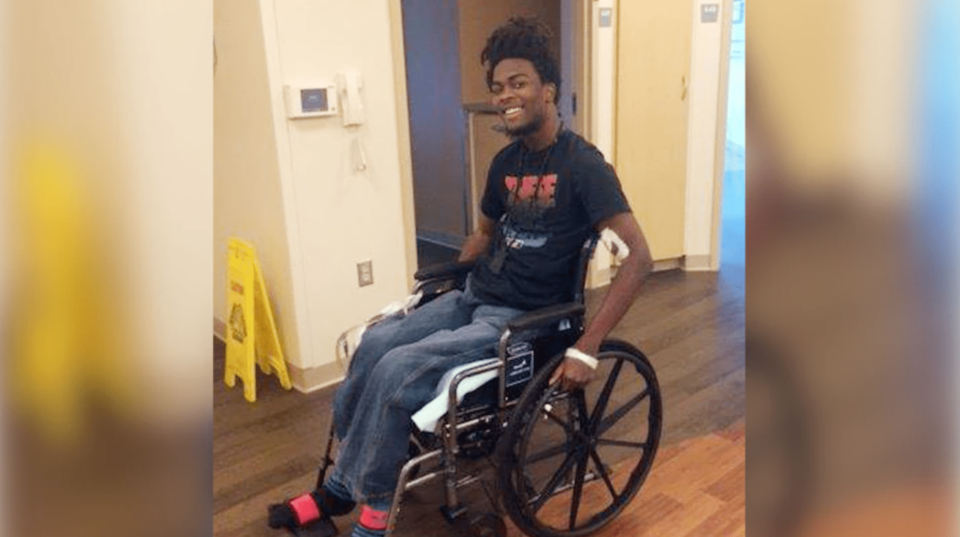 Dontrell Stephens has died eight years after being left paralyzed by a Palm Beach County Sheriff’s Office deputy in 2013.

On Thursday, Stephens’ attorney Jack Scarola revealed he passed away Sunday from complications associated with his paralysis, Palm Beach Post reports. Scarola represented Stephens in a civil lawsuit against PBSO and helped him win a $6 million lawsuit against the police department.

However, Scarola says Stephens lived a hard life after being left paralyzed from the near-fatal shooting. He had been in a hospital for three weeks leading up to his death.

“It was a variety of issues, including bed sores,” Scarola shared. “Dontrell had a very sad and difficult life.”

“I hope that as a consequence of the resolution of his case that he had some relief. But whatever relief he had was very short-lived,” Scarola added.

Stephens became paralyzed from the waist down after Deputy Adams Lin shot him in 2013, CBS 12 reports. Lin pursued Stephens after seeing him cut across traffic while riding his bike, claiming that he thought Stephens was reaching for a weapon when he fired his service weapon. However, it was only a cellphone.

Stephens testified with the bullet still lodged in his back and said his hands were up at the time of the shooting.

Stephens sued and initially won $22 million when a federal jury ruled Lin’s use of force unjustified. However, in 2020, Gov. DeSantis signed into law a $6 million claims bill for Stephens.  He was ultimately awarded $4.5 million to go into a trust fund and $1.5 million toward outstanding unpaid medical bills. He reportedly bought a house and a van, according to the Palm Beach Post. According to the outlet, some of the funds were in an annuity that Port St. Lucie attorney Evett Simmons administered.

“I am saddened to learn of Dontrell Stephens’s passing. He would be here today if he had not been shot and paralyzed by PBSO,” Hardy said.

“He might still have been here if Sheriff Bradshaw hadn’t fought to deny him the money that he needed to get care after the shooting. The Sheriff needs to do some soul-searching and acknowledge the role that he and his agency have played in this tragedy.”