Vauhxx Booker Has Been Charged For A Racist Attack Against Him 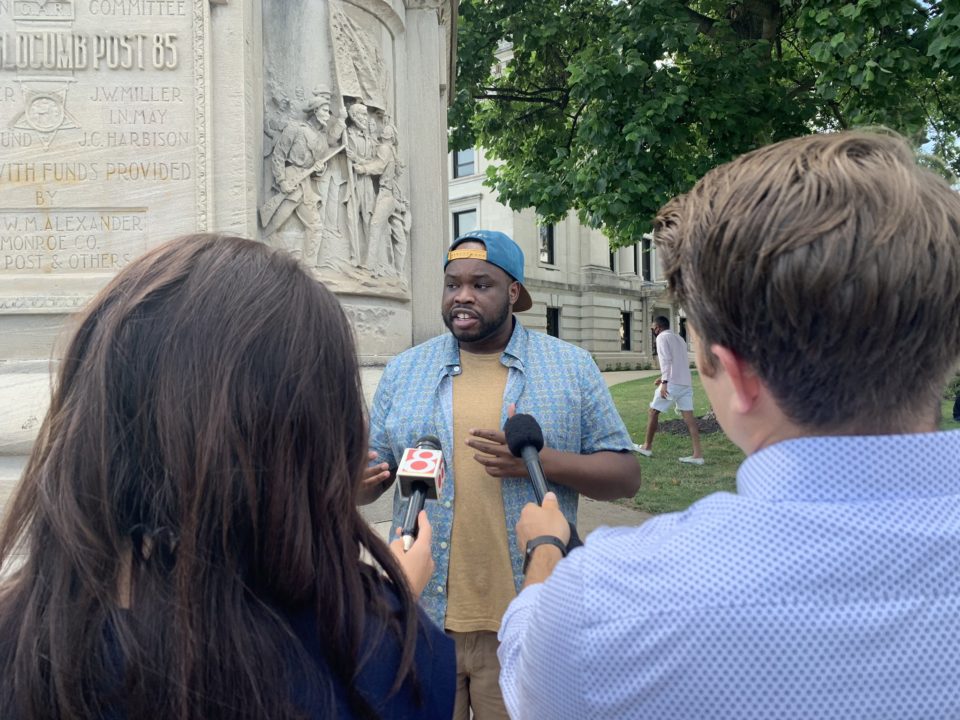 More than a year ago, Vauhxx Booker fought off a group of White men who pinned him against a tree and threatened to get a noose. Now he’s being charged with felony assault.

Booker stood outside an Indiana courthouse to address the charges of felony assault and misdemeanor trespassing he’s now facing.

“There’s nothing more American than charging a Black man in his own attempted lynching,” Booker said at the news conference adding that the charges are an “outrageous act of punitive retaliation and prosecutorial vindictiveness.”

Sonia Leerkamp, the special prosecutor for Monroe County filed charges against Booker for the incident despite his lawyers telling the Washington Post she’s presented no new evidence in more than a year.

“It is unprecedented,” Booker’s attorney Katharine Liell said at the news conference. “I’ve been practicing well over 30 years in this state and…I have never seen a special prosecutor open a new case and file charges a year later.”

Booker and his attorneys have accused Leerkamp of retaliating against Booker due to his refusal to engage in a mediated resolution with the two men who attacked him. According to Booker, he would have to sign a confidentiality agreement and publicly forgive the two men, who would have the charges dropped.

The incident gained national attention last year when Booker called the police saying five White men assaulted him and pinned him against a tree at the lake south of Bloomington. Booker said the men accused him of trespassing and the situation got physical after Booker apologized.

Booker added the men threatened to break his arms. One said, “Get a noose,” while telling friends to leave the area. Witnesses with Booker said they heard the men call them racial slurs and to get a noose; cell phone footage of the incident was widely spread online.

The FBI said after the incident it was investigating Booker’s attack as a hate crime, but hasn’t released an update since. The Indiana Department of Natural Resources, which responded to the reported assault, suggested everyone involved be charged, according to The Guardian.

However, only two of the five White men involved were charged by the Monroe County prosecutor. Sean Purdy was charged with felony criminal confinement and battery resulting in bodily injury or intimidation. Jerry Cox was charged with the same offenses plus two other charges.